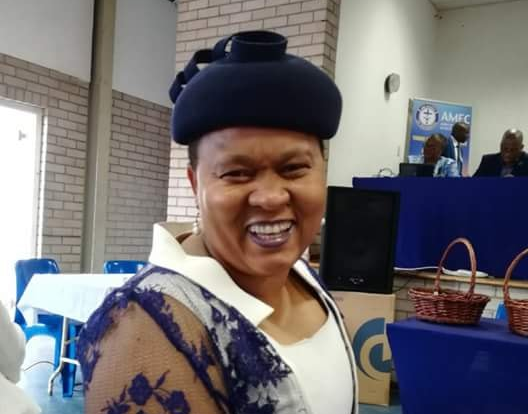 Sinki Leshabane says she and her business partners have paid a down payment for the purchase of Bloemfontein Celtic.
Image: Sinki Leshabane/Facebook

One of Bloemfontein Celtic’s potential buyers‚ Sinki Leshabane‚ has said that they have paid a down payment for the club.

In an interview with Robert Marawa on Metro FM on Thursday evening Leshabane said that the potential buyers‚ herself and Dr Moeketsi Mosola‚ had made a down payment of R3-million to purchase Celtic.

This was after Max Tshabalala's cousin and lawyer Mandla Tshabalala had told TimesLIVE this week that the deal was officially off after the new buyers terminated their interest on Tuesday.

Leshabane said that negotiations had broken down because the buyers could not obtain suitable answers on various aspects of the complicated ownership structure of Celtic‚ which is apparently registered as two companies and has three principal investors.

Celtic chairman Tshabalala is believed to be in considerable debt of which R43-million is owed to the South African Revenue Service (Sars).

Celtic’s players have apparently been on strike since Monday‚ threatening to boycott the team’s Absa Premiership match against Maritzburg United at Bloemfontein’s Dr Molemela Stadium on Sunday. Some are threatening to terminate their contracts should Max Tshabalala retain ownership.

Leshabane said she and Mosola remain hopeful of the deal still going through. She said no sale has been approved by the Premier Soccer League (PSL).

“Whenever you get involved in any business agreement there are certain things that we had to satisfy ourselves with and we are updating the PSL with our progress on that‚” Leshabane said.

“For now‚ Max is still the owner. Before we signed the sale agreement we had written to Max Tshabalala for two weeks saying we were still not satisfied with A‚ B‚ C‚ and D. We still have not received a response to that.

“The ownership part is the first issue – there are two CK [company registration] documents.

Leshabane said the potential buyers had doubts over who the actual owners of Celtic are.

“We wrote a letter asking who the owner is and we are still waiting for a response‚” she said.

She could only confirm a down payment of R3-million towards the R40-million agreed on as the sale price‚ but Leshabane said the new buyers also had taken on several administrative costs. These including a payment of R300‚000 to Kaizer Chiefs to keep defender Lorenzo Goredinho on loan for six more months‚ she said.

A deposit of R22-million was supposed to have been paid by last week Friday‚ but apparently was not.

Leshabane‚ the owner of ABC Motsepe League team Manguang United‚ had been working in Celtic's offices in Bloemfontein to gain experience of the daily operations of a PSL club for a month since the sale agreement was made on August 14.

One of the companies registered as Celtic is believed to stem back to the ownership of Dr Petrus Molemela‚ who sold the club to Jimmy Augousti‚ the predecessor to Max Tashabalala‚ and which was never liquidated.

Another company‚ trading as Bloemfontein Celtic‚ is registered in the name of Max Tshabalala's brother‚ Phakiso. This was to circumvent a ruling that a club owner cannot buy another team within a year.