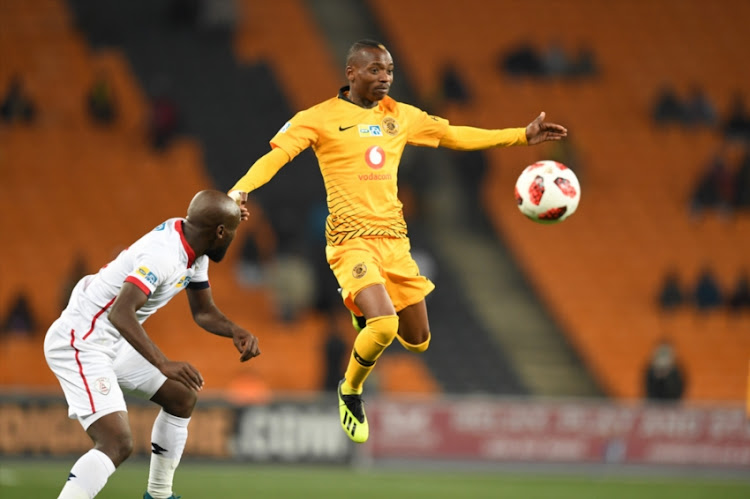 Giovanni Solinas has explained why he has now bowed twice in two games to his star playmaker at Kaizer Chiefs‚ Khama Billiat.

Chiefs' coach performed a small‚ quick bow to Billiat when he was substituted off in the 81st minute of Amakhosi's 2-0 Absa Premiership win against Free State Stars at Goble Park on Tuesday night.

Solinas gave Billiat (27) another bow at the end of Chiefs' win by the same margin against AmaZulu at FNB Stadium on Saturday evening - the Soweto giants' third win in succession.

Billiat has five goals‚ and plenty more assists‚ for Chiefs this season.

If anyone expected the little Zimbabwean to go to Amakhosi - where he was signed after his contract ended in June at Mamelodi Sundowns‚ where Billiat won the Caf Champions League and two PSL titles - and relax‚ they were wrong.

If anything he's looked revitalised by a new challenge of sparking Chiefs back to life‚ and at the same time revelled in Solinas's attacking football.

The coach was asked about why he's now bowed twice to Billiat.

"Billiat is the best player in the PSL. He's a top-class player.

"In my opinion. Maybe someone will disagree‚ but in my personal opinion he's an unbelievable player‚ a fantastic player.

"He's a player who makes the difference.

"He's not a player for the PSL - sorry guys. But this player is for Europe."

Solinas had previously said that Billiat is not a player for the PSL.

However‚ describing Chiefs as "10 men plus Billiat" is going one further.

The description and the bowing might raise eyebrows. Right now‚ while Chiefs are firing‚ it doesn't seem to be a problem that Solinas is showing Amakhosi's new star player appreciation.

But what happens when Chiefs start losing‚ and what message does it send to Billiat's teammates?

What‚ too‚ happens if Billiat gets injured?

Chiefs next meet Highlands Park at Makhulong Stadium on October 2.