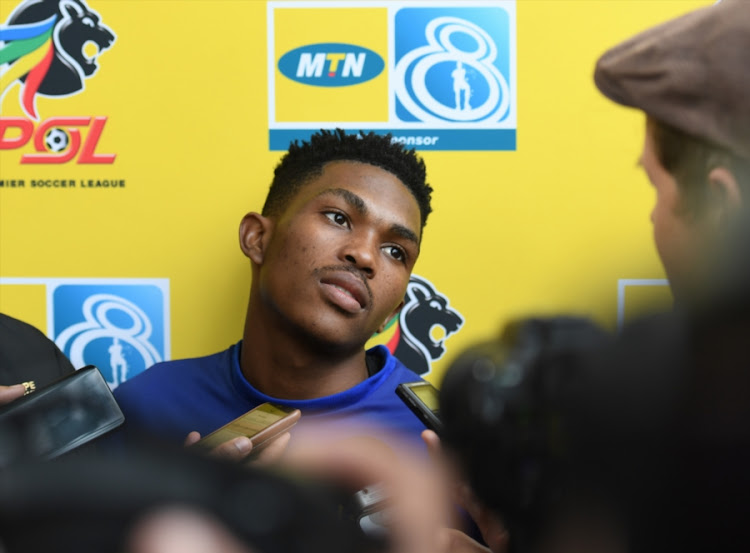 Rising star Gift Links hopes Cape Town City coach Benni McCarthy will give him a chance in the starting lineup on Saturday when the team take on SuperSport United in the MTN8 final at Durban’s Moses Mabhida Stadium.

“I’m hoping to start because of my previous performances‚” said the confident teenager‚ who joined City at the start of the season after a spell in Egypt.

“But it won’t be an easy decision for the coach because there are a lot of good wingers in our team … the best wingers!” he said.

“We’ve all had to train hard to try and impress the coach.”

Links‚ who turns 20 on Tuesday‚ started City’s last game away against Orlando Pirates where the Citizens came from two goals down to draw 2-2‚ and has been praised by McCarthy for his ability.

“For me to hear coach Benni say positive things about me is a real lift and gets me going. It makes me work even harder because I know what I’m capable of doing.

“I feel I’m doing well but I can still work harder to try and get even further and produce more for the team.”

It has been a whirlwind few months since Links arrived in Cape Town.

He spent six months in Egypt with Pyramids FC after moving from Platinum Stars‚ where he had debuted professionally last year in the Caf Confederation Cup under Cavin Johnson.

“I’m very happy because it will be my first final and I hope everything goes well and we win the tournament.

"Three or four months ago I lost in the semifinal [of the Egyptian Cup] with my previous team and so I’m looking forward to this experience.

“Playing in the Caf competition when I first started helped me a lot because that is where everything began for me. It gave me confidence for me to push on and play regularly.

“It taught me to no longer be scared but just to go out and play my own game‚” he said.

Cape Town City are a better team now than the one SuperSport United beat in last year’s MTN8 final‚ Matsantsantsa coach Kaitano Tembo has said ahead ...
Sport
2 years ago

There is almost no chance that Tokelo Rantie will emerge as a surprise package for Cape Town City in Saturday’s MTN8 final as his intensive training ...
Sport
2 years ago