Thapelo Morena thanks Sundowns’ coaching staff for getting him into Bafana 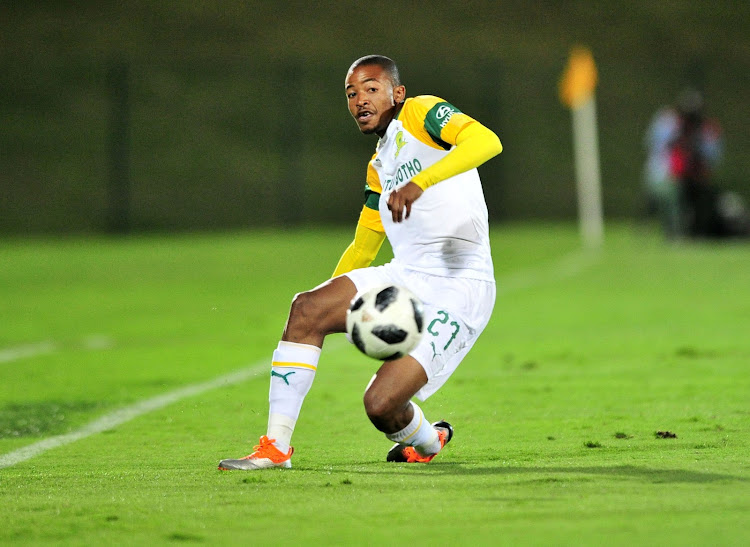 Thapelo Morena has thanked Mamelodi Sundowns’ coaching staff for the investment they have shown in him after what seems a long overdue Bafana Bafana call-up this week.

Morena has been overlooked by Stuart Baxter in the current Bafana coach's tenure‚ but was called up on Monday for this month’s back-to-back 2019 Africa Cup of Nations qualifiers against Seychelles.

The Sundowns star has been consistently one of the most exciting attacking right-backs in the Premier Soccer League since being signed from Bloemfontein Celtic in August 2016‚ and then converted by Brazilians coach Pitso Mosimane from a right winger.

“Firstly I’d like to say thanks to the coaches at Mamelodi Sundowns‚ and secondly Stuart Baxter for giving me this opportunity‚” Morena said.

“The Sundowns coaches – coach Pitso and the technical team – put a lot of effort into me‚ to do my best. And I think that’s really worked out.

“I’m very happy and very humbled to be part of the Bafana Bafana squad. It’s been a while not being part of it.

“And I think from now on I’ll just work on staying consistently in the national team. I’ll just do my level best whenever I get the opportunity to.”

Morena has five caps for Bafana‚ including turning out in the 2015 Cosafa Cup in Rustenburg under Shakes Mashaba.

His last call-up came when the fullback was an unused substitute in a 1-0 Nelson Mandela Challenge friendly win against Egypt at Orlando Stadium in September 2016.

Bafana‚ with four points from an away win against Nigeria and home draw against Libya‚ can put themselves in a strong position to qualify for Cameroon 2019 with wins against Seychelles at FNB Stadium on Saturday‚ October 13‚ then in Victoria on Tuesday‚ October 16.

Bloemfontein Celtic will not allow off-field problems to distract them when they meet Mamelodi Sundowns in Wednesday night’s Absa Premiership matchup ...
Sport
3 years ago

Bafana Bafana coach Stuart Baxter has defended his decision to call-up China-based Dino Ndlovu to the squad to face the Seychelles in back-to-back ...
Sport
3 years ago