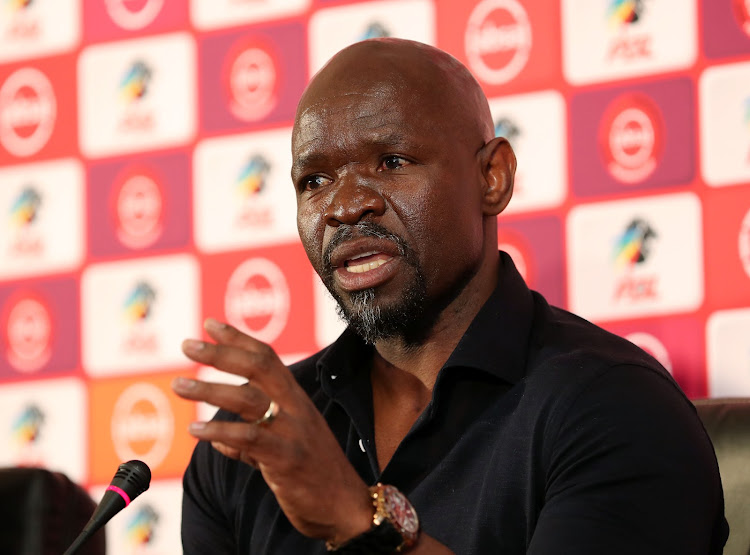 The intrigue of a working with a new coach‚ who in turn is forced to make things interesting for his squad‚ is Steve Komphela’s secret recipe for keeping Bloemfontein Celtic going amid the club’s financial crisis.

The new coach has walked straight into a storm with the Free State club up for sale and unable on several occasions already this year to make timeous payments.

But Komphela has soldiered on and‚ against the odds‚ has his side among the frontrunners in the Premier Soccer League (PSL)‚ despite the off-field problems.

“There has been a level of curiosity from them … and from my side as well‚" Komphela said.

"It was exciting to work with a new group of players I had not worked with before‚ players with different qualities.

“For them‚ it was a new voice (of leadership) and being shown things slightly different to what they were used to.

“I’ve tried to make training exciting and fresh and have them looking forward to it each day.

“It’s all about the mindset‚ working on the minds and changing the mentality. Obviously‚ we cannot be oblivious to what is happening and pretend everything is hunky-dory.

“In as much as you accept the way things are‚ you say to yourself‚ ‘where is your focus?’ And the most important thing is to compete.

“So‚ we’ve worked on the mindset. Without focus and seeing clearer and hearing clearer‚ we wouldn’t have been where we are.”

Celtic have continued to grind out important results in the face of their problems and after seven matches played so far this season‚ they have won four‚ drawn two and lost one.

They held champions Mamelodi Sundowns to a goalless draw on Wednesday night.

“It’s not been easy but the results are coming and they are giving us a sweat taste and the players are realising that with more focus they can achieve more‚" Komphela said.

“And‚ one way or the other‚ we have a way of persuading them to look at the positives‚ even while we are going through this (financial crisis).

“It’s important to play matches‚ we have contracts and we have to honour own responsibilities.

“The Celtic supporters are amazing and we have a responsibility towards them too.

"In as much as we have our own little challenges here and there‚ but the bigger picture is that these people must feel good. We get energy from them.”

Champions Mamelodi Sundowns had a late effort controversially disallowed as they were held goalless at Bloemfontein Celtic and although remain ...
Sport
3 years ago

Bloemfontein Celtic will not allow off-field problems to distract them when they meet Mamelodi Sundowns in Wednesday night’s Absa Premiership matchup ...
Sport
3 years ago

Bloemfontein Celtic have finally agreed to release Alfred Ndengane from his contract amid speculation of the versatile defender joining Orlando ...
Sport
3 years ago