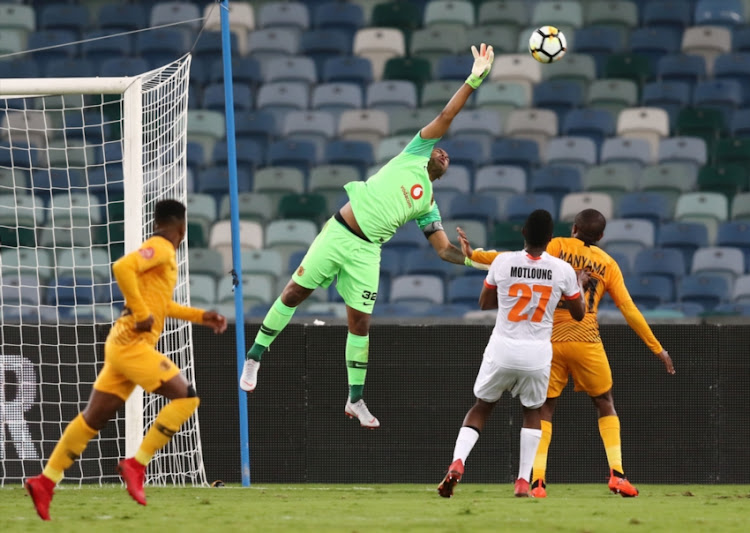 Kaizer Chiefs rattled around an empty Moses Mabhida Stadium on Saturday, condemned to playing behind closed doors, and then further punished as Polokwane City’s Vusimusi Mngomezulu scored a stunning long-range goal to beat them 1-0.

It was one of the strikes of the season, brilliantly placed as he curled it wide of Itumeleng Khune from well outside the penalty area at the end of a series of swift forward passes from the Limpopo-based team, and worthy of winning any contest.

Chiefs lost a chance to go top of the Absa Premiership standings, even if just for a few hours, with the defeat which leaves them on 14 points out of a possible 30, having completed a third of their league season.

Polokwane City joined them in the top five as they stretched to six games their unbeaten run and won for only the second time in 15 clashes with Chiefs.

It was a game in which AmaKhosi battled to break through a solid backline as City again displayed their defensive prowess and left a frustrated Chiefs to shoot with hope rather than conviction from long range.

Polokwane cleverly cut the routes down the wing for Chiefs and pushed an extra man back into the defence whenever Chiefs had possession.

The Limpopo club looked for their opportunities with swift counters using the pace of Rodney Ramagalela and Mngomezulu but often were a little too slow with the delivery.

Jabu Maluleke, at 36 years still remarkably solid and full of guile in the middle, orchestrated a lot of their moves.

His 34th minute pass over the top of the chiefs defence to Mngomezulu saw the speedy winger beat the offside trap but with just Khune to beat was let down by a poor first touch.

But he more than made up for it with his stunning goal in stoppage time at the end of the first half.

Chiefs were more enterprising at the start of the second half, forcing a freekick in the 56th minute but Khama Billiat, again out of form and wandering aimlessly without purpose, was off target.

But that was as good as it got for Chiefs on an evening where they badly needed support in the stands to lift their performance.

Chiefs officials had been concerned supporters would still try to get to watch the match and in the build-up to the game made sure they got the message to fans that no one would be allowed into the venue.

Chairman Kaizer Motaung issued a lengthy statement insisting that no one should try to get into the venue.

Chiefs were ordered last month by the Premier Soccer League’s disciplinary committee to play three matches behind closed doors following the horrific rioting that came after they lost in the cup to Free State Stars in Durban in April. One of the matches was suspended and this was the first game of the sanction.

Several people were hurt and millions of Rands of damage caused by fans who rushed from the stands onto the pitch, breaking television cameras, advertising boards and attacking security personnel.

Several have since been identified and prosecuted.

“We hope this sanction is a learning to the fans. Such behaviour goes against the very ethos of what AmaKhosi stand for, which is love and peace,” Motaung said.

In the end there were 103 security personnel, 48 from the television production crew and another 100-odd reporters, medics, stadium workers and officials who got to see the game first hand – but those locked out did not miss much.