Safa and the PSL smoke the peace pipe 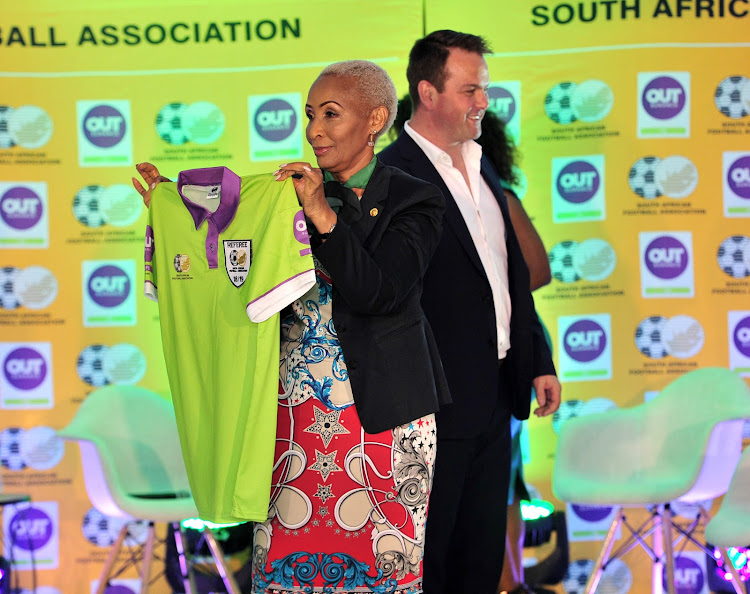 Paul confirmed that the dispute over Safa’s R50m sponsorship signed with the insurance company for match officials was discussed at the Association’s ordinary council (formerly called the national executive committee) meeting at Safa House on Saturday.

He said a first meeting of the Safa-PSL joint liaison committee (JLC) in two years on Tuesday had been conducted amicably.

Paul said he and PSL acting chief executive Mato Madlala had been tasked with ironing out issues with the sponsorship and reporting back to the JLC.

"OUTsurance was on the agenda as part of an administration report‚” Paul said.

"The matter is ongoing in discussions in the joint liaison committee. And there's progress on that. Matters are being dealt with in an amicable manner."

"The JLC meeting on Tuesday went very well and we are working together to find a solution.

"I think the parties all understand where it is. We have explained the situation [that] we are no different in terms of how the referees' sponsorship is working anywhere else in the world.

"So‚ the National Soccer League [NSL‚ parent company of the PSL] understood that point of view too. We also understood some of the questions that they have raised.

"And myself and the acting CEO of the league [Madlala] will get together and we'll try and work out a proposal‚ and we'll take it back to the JLC.

"And if it needs to go any further we will jointly decide how to do that."

Safa signed the sponsorship with OUTsurance without consultation with the PSL‚ in whose matches the referees would officiate sporting the garish green and purple colours of the insurance company.

This caused issues where the PSL’s financial services sponsors Absa and Nedbank raised questions, saying the sponsorship diminishes their rights.

Teething problems such as there only being one set referees’ apparel‚ resulting in clashes with colours with clubs‚ need ironing out‚ Paul said.

"Those are some of the mechanics that we recognised and that the parties recognised have to be dealt with‚" Paul said.

PSL and Safa smoke the peace pipe over OUTsurance

The proposed court action by the Premier Soccer League (PSL) against its mother body‚ the South African Football Association (Safa) has been ...
Sport
3 years ago

The dispute between The Premier Soccer League (PSL) and SA Football Association (Safa) over the R50m OUTsurance referees sponsorship is far from over ...
Sport
3 years ago