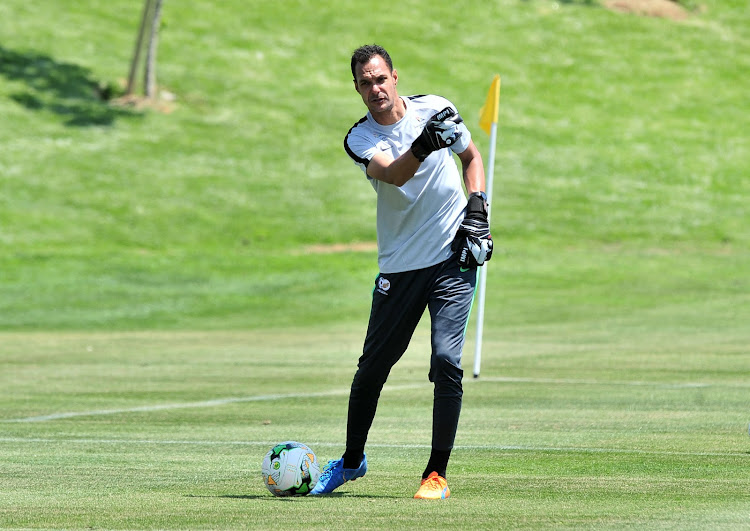 Bafana Bafana goalkeeper coach Andre Arendse believes the current crop of players can emulate the class of 1996 by winning the 2019 Africa Cup of Nations (Afcon) to be staged in Cameroon.

Arendse is a veteran of 67 appearances for the national team and was part of Clive Barker’s team that won the 1996 Afcon title on home soil.

The former goalkeeper says he has seen enough in Stuart Baxter’s team to convince him that Bafana can somehow pull a rabbit out of the hat and win a second Afcon title that will for the first time feature 24 nations.

Asked if he sees some elements in the current Bafana squad that can see the national team go all the way in Cameroon‚ Arendse said: “I got to tell you the answer is definitely yes.

“The time that it takes to get there (win Afcon) it’s up to the players.

"We had a process back in 1996 that started as soon as we got re-admitted back into international football which was around 1992.”

Arendse represented Bafana between 1995 and 2004 and has been part of many qualifying campaigns with the national team both for the Afcon and the World Cup.

“So the process is not overnight‚ it does take a bit of time and I’m hoping that with people like us on board in terms of assisting that process‚ knowing how to maneuver the players through the difficult parts of that process will help the team.”

Baxter has roped in former striker Shaun Bartlett as his assistant coach for the matches against Seychelles and Arendse said the involvement of former players in the Bafana team will have a knock-on effect on the current crop.

“I think you know we‘d like to think that people like myself‚ Shaun and of course Aaron.... the kind of thing that we’d like to bring to the team is obviously the experience of having been there ourselves as players.

“It’s about knowing what environment it takes to qualify for major tournaments‚ what preparation needs to go into it and the strength of mind that you need when you go play away from home for an example.

“So all of these factors play a big part‚” said Arendse.

“So just from a guidance perspective and to keep the guys on track that we believe is the route that players need to follow to get to a certain stage.

“This qualifying process for us is a massive one.

"Our roles (as former players) are important in terms of just helping to keep the team on the right track‚” Arendse added.

“What I have seen so far on this particular road is that it’s a good one‚ it’s wonderful to see and the process itself is going very nice.”

Bafana missed out on the last Afcon in 2017 and they last played in the tournament in 2015.

Bafana Bafana coach Stuart Baxter has defended Percy Tau after the Belgium-based striker was heckled by supporters at FNB Stadium on Saturday.
Sport
3 years ago