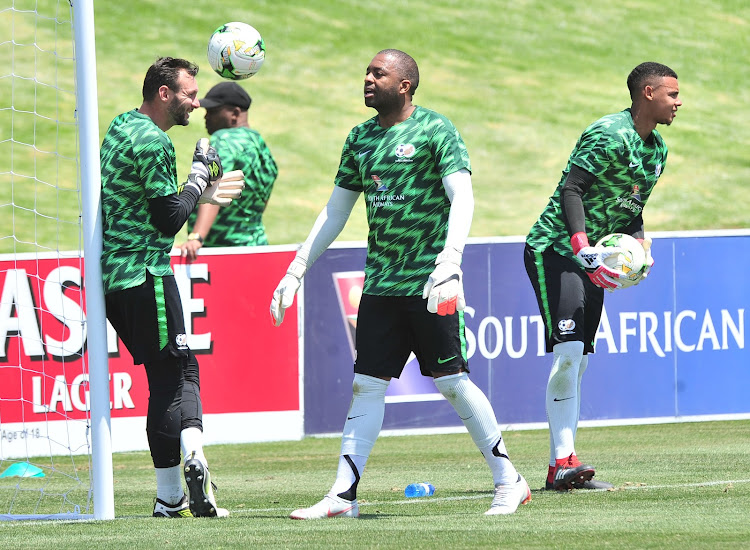 Goalkeeper Itumeleng Khune will make his 90th appearance for Bafana Bafana after getting the nod again in goal in the team to face Seychelles in a crucial 2019 Africa Cup of Nations (Afcon) qualifier at Stade Linite (3.30pm SA time).

Khune‚ 31‚ becomes Bafana’s second most capped player of all time after former centre-back and captain‚ Aaron Mokoena‚ who finished his career on 107.

He was on 89 appearances alongside former Kaizer Chiefs teammate Siphiwe Tshabalala‚ who now turns out for Erzurumspor in Turkey.

Khune made his debut in the 2-1 win over Zimbabwe which was a friendly international played in Germiston in 2008.

Khune has 40 clean sheets and could add another one on Tuesday. He has conceded 66 goals.

Bafana Bafana coach Stuart Baxter has defended Percy Tau after the Belgium-based striker was heckled by supporters at FNB Stadium on Saturday.
Sport
3 years ago