Sundowns getting thin in attack from Vilakazi blow‚ says Mngqithi 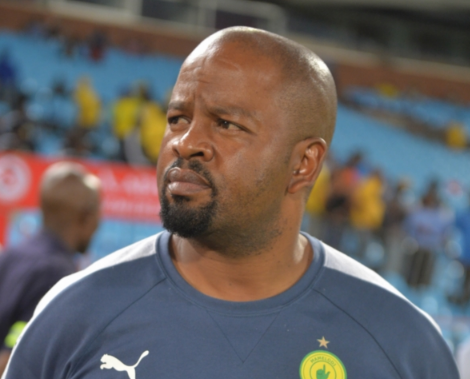 Mamelodi Sundowns assistant-coach Manqoba Mngqithi has described the loss of star midfielder Sibusiso Vilakazi for the remainder of the season due to an Achilles injury as a hammer blow.

Vilakazi suffered the injury while on camp with Bafana Bafana and Mngqithi said it has affected Sundowns negatively because of the high standards that the forward has set himself to help the team.

“It is obvious that losing a big player like ‘Vila’ is a massive blow for us and it has had a negative effect on him‚” he said.

“Chatting to him‚ you can see the level of frustration because of the high goals that he has set for himself. You must remember that he once before suffered a long-term injury to the knee.”

Mngqithi said the loss of Vilakazi has further weakened Sundowns’ attack considering that they have also lost influential Percy Tau and Khama Billiat to transfers‚ and that has impacted negatively on the Brazilians’ rhythm and consistency.

“When you look at it very closely‚ you will realise that from the beginning of the season until now we have lost three of our starting players. We have lost Percy‚ Khama and now Vila and that has a huge bearing on how the team performs‚” the assistant-coach to Pitso Mosimane said.

“We have never had the rhythm that we wanted to have but we are proud that we haven’t lost a match this season even though we have had many draws‚ which for a team like Sundowns is worrying.

“Some of the draws we did not deserve but we missed chances and were sometimes on the wrong side of decisions by referees.”

Mngqithi has prepared Downs to take on Bloemfontein Celtic in their Telkom Knockout last-16 clash on Saturday at Lucas Moripe Stadium in the absence of Mosimane‚ who has been attending a Caf Pro License course.

He said he has been in constant communication with Sundowns’ head coach.

“Me and the coach we are always in constant communication. We know we have to prepare a team that is ready to compete at the level of Sundowns‚” he said.

“We are not taking this cup for granted and we will give it all the respect that it requires. We will also give Celtic the respect they deserve because they are coached by a coach [Steve Komphela] who I admire a lot‚ and who I believe he has a lot to offer in the country.

“We know their strengths as a good attacking side but they have some defensive frailties here and there that may not have been exposed by some of the teams that they have played.

“The last two matches they played they showed some elements that they are a team that can be broken down.

“One must also remember that in a game that we played against them in Bloemfontein [a 0-0 league draw on October 3]‚ we did enough to beat them but we just did not score.”

Mamelodi Sundowns coach Pitso Mosimane was irritated that his striker Toni Silva insisted he was OK to play last weekend in the key Premier League ...
Sport
3 years ago

Mamelodi Sundowns might be the only unbeaten club left in the Absa Premiership but for coach Pitso Mosimane that means nothing.
Sport
3 years ago