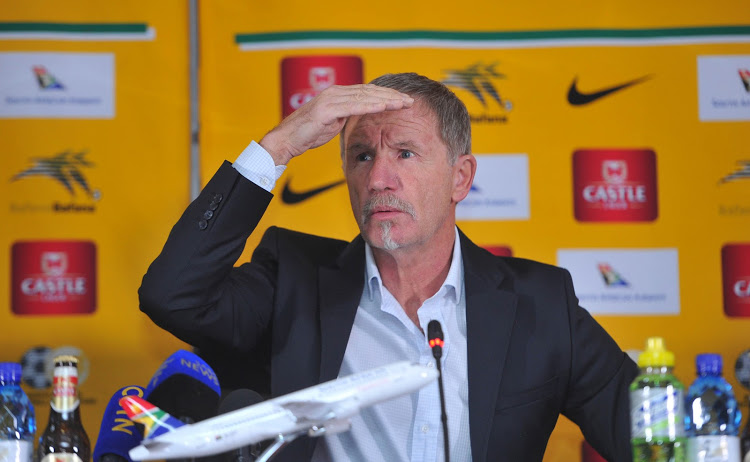 For the past few months it has become abundantly clear to me and many other South Africans that Bafana Bafana are going nowhere slowly under coach Stuart Baxter.

The embarrassing events at the Stade Linité against the Seychelles in Victoria on Tuesday are further proof that the senior national team has mastered the art of taking two steps forward and five backwards.

On Saturday last week SA did as expected by putting Seychelles to the sword with a comprehensive 6-0 thumping at FNB Stadium, but they sent the country into a state of depression four days later when they failed to score away from home against the same opponents.

It is not the first time SA have moved from the sublime to the ridiculous in a short space of time. This lack of consistency, largely as a result of Baxter’s chopping and changing and lack of a clear plan, can no longer be sustained nor tolerated.

This lack of consistency, largely as a result of Baxter’s chopping and changing and lack of a clear plan, can no longer be sustained nor tolerated.

As things stand our place at the 2019 Africa Cup of Nations (Afcon) in Cameroon next year is not guaranteed with two rounds of qualifiers remaining. There is a realistic chance that SA may fail to qualify for the second successive time.

SA last appeared at the continental tournament in 2015 under Shakes Mashaba’s stewardship.

I fully agree with captain Thulani Hlatshwayo who said the players must take some of the blame and responsibility for the team’s inconsistency, and especially the limp and directionless performance against Seychelles, but the buck always stops with the coach.

In the coming months SA will be faced with the serious matter of the 2022 World Cup qualifiers. They will be hard pressed to do well and ensure that they book a ticket to Qatar and qualify for the first time since 2002.

SA played at the World Cup in 2010 but they did not have to play qualifiers because of their status as hosts. Things are different this time around and my wish is that a new man must be in charge when we start qualifiers for the tournament in Qatar.

In my humble opinion the best man to take Bafana Bafana forward is none other than Mamelodi Sundowns coach Pitso Mosimane.

If 18 months ago Safa saw fit to give Baxter another crack with the national team, there is nothing wrong with doing the same with Mosimane, who represented SA in his heyday.

Stuart Baxter must go. Enough excuses. That is where we are. Klaar.
Sport
3 years ago

I believe Mosimane has matured enough as a human being and coach over the past five years at Sundowns. The daunting challenge of occupying possibly the hottest seat in the country will not overwhelm him like it did before.

Since he joined Sundowns from Safa House, Mosimane has enjoyed unparalleled success on the domestic scene, winning the Absa Premiership three times. He also led the Brazilians to Caf Champions League and Caf Super Cup success in 2016.

Mosimane may be interested in launching another assault at continental glory with Sundowns, but I feel he has done all he could to awaken the Brazlians from slumber. When he arrived at Chloorkop the club was in the bottom half of the table.

It will not be easy to prise him away from Chloorkop. The owner of Sundowns has already made it known that he wants him to be the Sir Alex Ferguson of the club. But there is every possibility that Patrice Motsepe may be swayed in a different direction for the national cause.

It is up to Safa’s leaders to act now before it is too late.

And like my colleague Marc Strydom wrote in his column on TimesLIVE last week, I also feel Stuart Baxter must go – finish and klaar.