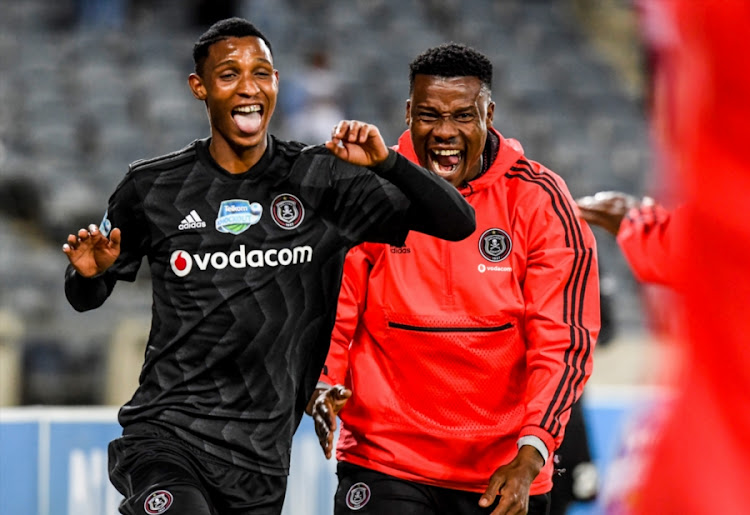 Tinkler pointed to Orlando Pirates striker Thamsanqa Gabuza’s infamous incident in August as an example of what can happen when a player has had enough of the abuse from the stands.

“I think the public has a certain role to play as well‚” said Tinkler‚ who coached Gabuza with some degree of success when he was head coach at Pirates.

“The fact that Gabuza gets into those (scoring) areas‚ we should be looking at that as a positive not a negative.

“We are quick to want to get him off but what are we doing to his confidence?

“I think we are killing Gabuza’s confidence.

"Every time he gets into those positions he will now want to give the ball to someone else because he doesn’t want the fans booing him.

“I think everybody has a role to play‚ not just us as coaches. We work on the finishing every single week. We need to see the improvement.”

Gabuza angrily threw his jersey at the fans in the stands during that game in August and then stormed off the field in protest against the supporters who were booing him for the number of chances he missed in that game.

He had just contributed a cross to one of the goals that helped the Bucs win 2-1 in a league match against Black Leopards in Polokwane.

Gabuza later offered an apology to the club and the fans for his behaviour‚ which earned him a two-match automatic suspension from the PSL.

After his team Chippa lost 2-1 to Pirates in the Telkom Knockout last 16 at the weekend‚ Tinkler said players like Gabuza‚ who are constantly trying to score goals‚ deserve more support than the ridicule they often get from the fans.

Tinkler also spoke of his team’s struggle to get the goals‚ saying he was working hard on improving their scoring.

“We have always been a possession-based team‚” said Tinkler.

“But I think it was a possession-based team that really didn’t have any direction.

“We’ve tried to give it direction so that we are more of a treat in front of goals. We are creating a lot more chances.

"Those are the positives.

“I work on that everyday. But the harsh reality is that when the player is put in that situation (to score) he needs to finish.

“He needs to be positive and have the confidence. He needs to have the belief. I think that possibly doesn’t exist in some of the players.”

Tinkler’s team will have another chance to show how far they have polished their finishing when they host defending champions Mamelodi Sundowns at Sisa Dukashe Stadium Mdantsane, East London, on Saturday night.

Since taking over from Dan Malesela who lasted only three league matches‚ Tinkler has managed to collect seven points in five league matches after guiding the Chilli Boys to two victories‚ one draw and two losses.

Pitso Mosimane has pleaded with the fans and the media to go easy on striker Jeremy Brockie and warned that putting too much pressure on the New ...
Sport
3 years ago

Orlando Pirates striker Thamsanqa Gabuza has apologised to the club’s supporters for making rude hand gestures towards the crowd while celebrating a ...
Sport
3 years ago