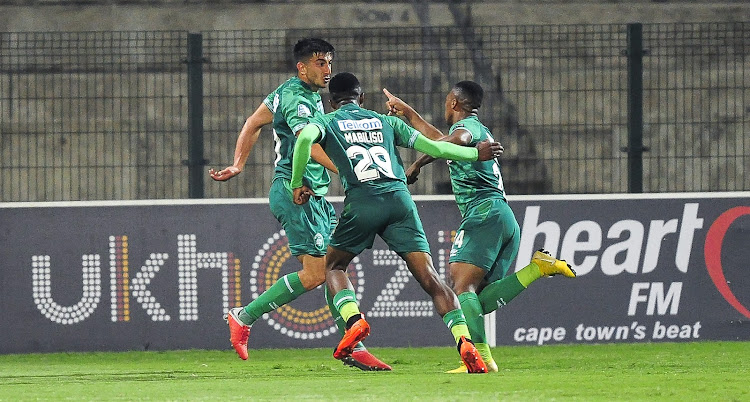 Big guns Kaizer Chiefs, Orlando Pirates and Mamelodi Sundowns were kept apart for the quarter-finals of the Telkom Knockout following a draw conducted at King Zwelithini Stadium in Umlazi on Tuesday, where AmaZulu edged Cape Town City 2-0 to join the other seven team in the R4m tournament.

Holders Bidvest Wits were drawn away at Maritzburg United while three-time winners Chiefs will host SuperSport United, who beat them over two legs just two months ago in the MTN8 semifinals.

AmaZulu dispatched City with second half goals from Emiliano Tade and Bongi Ntuli and coach Cavan Johnson will be pleased after Usuthu were pitted against Pirates in their quarterfinals.

The awe-striking Nelson Mandela Bay Stadium in the Eastern Cape (Port Elizabeth) will for the first time host the #TKOFinal on Saturday 08 December 2018. pic.twitter.com/xKmJHjAaF1

The dangerous Baroka FC were handed a home game against Sundowns in the other match in the last eight.

The matches are still to be fixed but will be played on Saturday November 3 and Sunday, November 4.

The Premier Soccer League (PSL) also announced that the final on December 8 will be played at the Nelson Mandela Bay Stadium in Port Elizabeth.

Two goals in the space of three minutes midway through the second half ensured AmaZulu filled the final place in the quarter-final draw as they beat a flat-looking Cape Town City in the last of the first round matches.

AmaZulu woke up after a pedestrian first half performance to suddenly take charge of the game after the break and progressed with goals from Emiliano Tade and Bongi Ntuli, which ended a run of five matches without success.

The first half was characterised by both teams pressing each other into a myriad of mistakes with a heady turnover of possession and little opportunities in front of goal.

City looked perhaps the slicker of the two sides on the ball with AmaZulu rarely getting into the attacking third through the first 45 minutes.

But they did get a fortuitous chance midway through the first half when City skipper Thamsanqa Mkhize gave away the ball and Tade was allowed a shot at goal.

The rebound fell for Ntuli whose effort went past goalkeeper Sage Stephens but was cleared before it got near the line by City defender Keanu Cupido.

After the break, it took until past the hour mark for the first chance as Tade had a belter blocked by Kwanda Mngonyama.

But almost immediately the Argentine import broke the deadlock after a darting run down the right from Thembela Sikhakhane who perfectly placed the ball back for Tade to calmly slot it away in a lesson in how to finish that local strikers can learn from.

The 62nd minute opener was quickly followed by an opportunistic finish from Ntuli, who took advantage of hesitation from Mngonyama in clearing a throw-in and nicked in around him to squeeze the ball past Stephens.

The result was sealed after that as City never looked like fighting back and went limply out of the competition at the first hurdle, just weeks after winning the MTN8.

Orlando Pirates coach Milutin Sredojevic has said his team will need a lot of improvements in key areas from their 1-0 Telkom Knockout win against ...
Sport
2 years ago