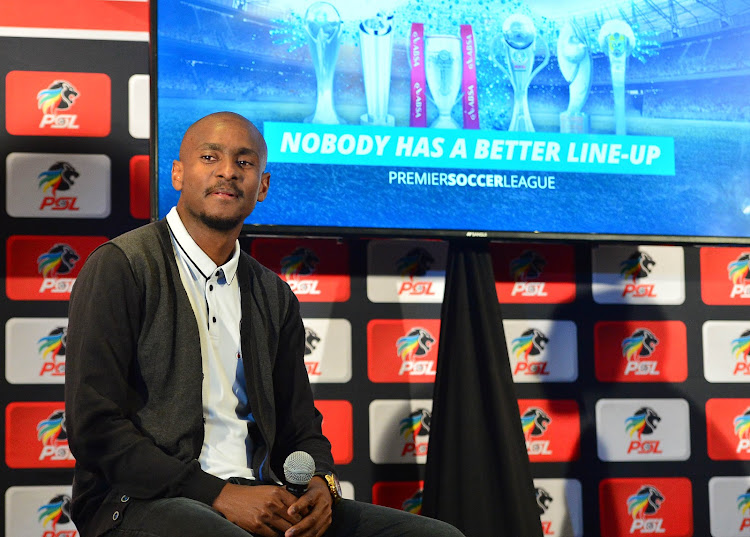 That alone is some achievement.

Saturday’s Pirates-Kaizer Chiefs Absa Premiership matchup at FNB Stadium was already one of the most eagerly awaited derbies for some time.

It is the first derby in some time to be sold out – and eight days before the game‚ too‚ on Friday.

After Mokwena’s comments the chances of fireworks on the pitch seem even more likely.

Mokwena‚ as an assistant coach‚ is rarely given a chance to hold a press conference.

On Monday‚ with head coach Milutin Sredojevic due to speak at Wednesday’s main Soweto derby press briefing‚ he was unleashed at a Pirates media day at Rand Stadium.

He trod a fine line … . Actually‚ to be honest‚ he never really bothered with a line.

The former assistant to the straight-talking Pitso Mosimane at Mamelodi Sundowns disposed of the line that coaches normally skirt speaking their minds addressing the media.

Some have wondered if Mokwena was playing mind games saying Chiefs are technically weaker in their coaching department after the departure near the end of last season of Komphela‚ and appointment in the off-season of Solinas.

The son of the former Pirates legend and fiery figure Julius “KK” Sono‚ and nephew of the great‚ and many times also controversial‚ Jomo Sono – which makes Mokwena effectively SA football royalty – also did not hold back on his views on Billiat and Castro.

Unprovoked‚ as the Komphela and Solinas comments had been‚ Mokwena claimed Billiat had been on Pirates’ radar before signing for Chiefs in the off-season‚ but Bucs decided against signing him due to his injury history and “other” questions‚ seemingly referring to lifestyle issues.

Mokwena was asked about Castro and Billiat’s strike partnership‚ which he was part of creating as assistant at Sundowns‚ and what it would be like coming up against it.

He questioned if Castro was available having returned from injury‚ or even in the country‚ in reference to the Colombian’s alleged tendency to return home when injured at Sundowns.

So why do we love Mokwena?

As the reader‚ let us ask you: Mokwena’s comments might have angered or offended or irritated you if you are a Chiefs‚ or a Sundowns‚ or a Billiat‚ or a Castro fan.

You might have questioned how someone so young‚ who has not won a trophy yet as a head coach‚ let alone been a head coach‚ can be so much more outspoken than most current head coaches.

You might have wondered where such confidence (or over-confidence‚ or insolence) stems from.

You might have question marks over whether this young man – recognised as one of the brightest coaching prospects in the country – has a suspect temperament.

But ask yourself‚ if you are a football lover‚ excited by the upcoming derby‚ who has been following the news on it‚ have you not mentioned Mokwena and his comments at some stage this week?

Perhaps – or probably – more than once. On social media‚ in the football chats and banter over coffee at work‚ or wherever.

Were Mokwena’s comments not infinitely better than the horse feed we are traditionally fed‚ the same old‚ dry cliché’s wheeled out ahead of the match of pride‚ and playing for the badge‚ and the mood in the camp‚ which are like a trip to the dentist.

Mokwena’s comments have ignited the week‚ and been the talking point of the derby. Congratulations to him.

Orlando Pirates did not sign Khama Billiat because they decided not to‚ Buccaneers assistant coach Rulani Mokwena has said‚ making pains to stress ...
Sport
3 years ago