TKO quarterfinals: Lowdown on all the Last 8 fixtures 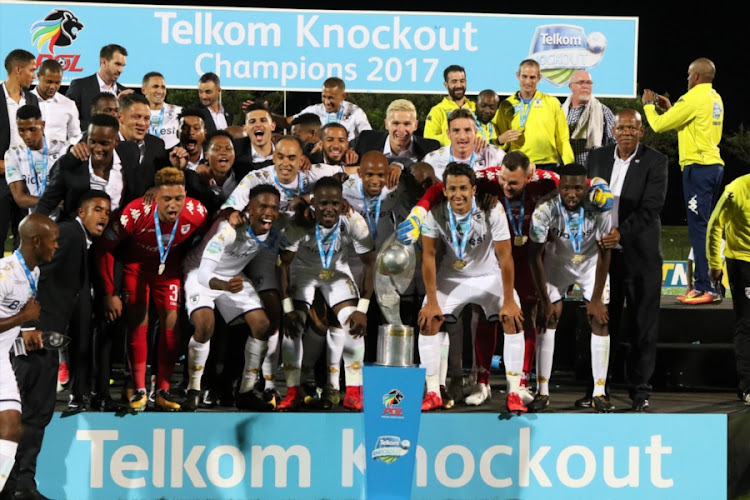 The Telkom Knockout quarterfinal draw has seen a swift reunion for Kaizer Chiefs and SuperSport United after they clashed in the semifinals of the MTN8 earlier this campaign.

Mamelodi Sundowns‚ Orlando Pirates and defending champions Bidvest Wits all face tough road trips as TimesLIVE brings you the lowdown on the Last 8 fixtures that will be played on the weekend of November 3-4.

Wits have already travelled to the Harry Gwala Stadium in the league this season and came away with a 0-0 draw in mid-September.

Remarkably this will be the first ever cup clash between these two clubs‚ with Wits having had much the better of the record down the years.

Maritzburg have only ever won one of their 12 home games against the Clever Boys and that came all the way back in 2009.

Overall they have three wins from 23 games‚ with Wits claiming 11 victories (four in KwaZulu-Natal) and there have been nine draws.

SuperSport are unbeaten in their last eight games against Chiefs‚ which includes a 3-2 aggregate success over the AmaKhosi in the MTN8 semifinals earlier this campaign.

Chiefs’ last win was a 2-1 home success in 2016‚ but since then they have been knocked out of the MTN8 twice and the Nedbank Cup once by Matsatsantsa‚ who have emerged as the new ‘Cup Kings’ in South Africa‚ taking over that mantle from Chiefs.

One player licking his lips ahead of this fixture will be SuperSport forward Bradley Grobler‚ who has only scored four goals in an injury-plagued last 15 months‚ but they all came against Chiefs!

In fact‚ Grobler’s last nine goes in domestic football have all come against either Chiefs or Orlando Pirates!

This will also be a first ever cup meeting between these two sides‚ with Sundowns having won three of the previous four clashes and Baroka securing a 2-2 draw in May 2017.

Sundowns have won on both their previous away trips to Baroka in the league‚ though both by single goal margins.

It is generally a fixture that produces goals though‚ with 12 scored in the four games‚ a healthy average of three per game that is well above the Premier Soccer League (PSL) norm.

Sundowns don’t have the best away record in the Telkom Knockout though‚ with their last 10 matches on the road resulting in six defeats.

These two sides clashed in the league earlier this month as they played to a 1-1 draw at the King Zwelithini Stadium and are not set for a repeat dose in the Telkom Knockout.

AmaZulu’s last home win against Pirates came all the way back in 2009 though‚ and overall their record is poor with three wins in the last 23 meetings between the sides.

Having said that‚ Pirates have only won seven of those games with 11 draws the dominant the result.

In fact‚ in that time only three times has a side won by more than a single goal margin‚ all Pirates‚ showing how close the games have been.

Amazingly‚ this will be the first cup meeting between the sides since they clashed in the top eight in 1994!

Benni McCarthy questioned whether he should continue as coach of Cape Town City after losing to AmaZulu in a Telkom Knockout enctounter on Tuesday ...
Sport
3 years ago

Orlando Pirates coach Milutin Sredojevic has said his team will need a lot of improvements in key areas from their 1-0 Telkom Knockout win against ...
Sport
3 years ago

Big guns Kaizer Chiefs, Orlando Pirates and Mamelodi Sundowns were kept apart for the quarter-finals of the Telkom Knockout following a draw ...
Sport
3 years ago