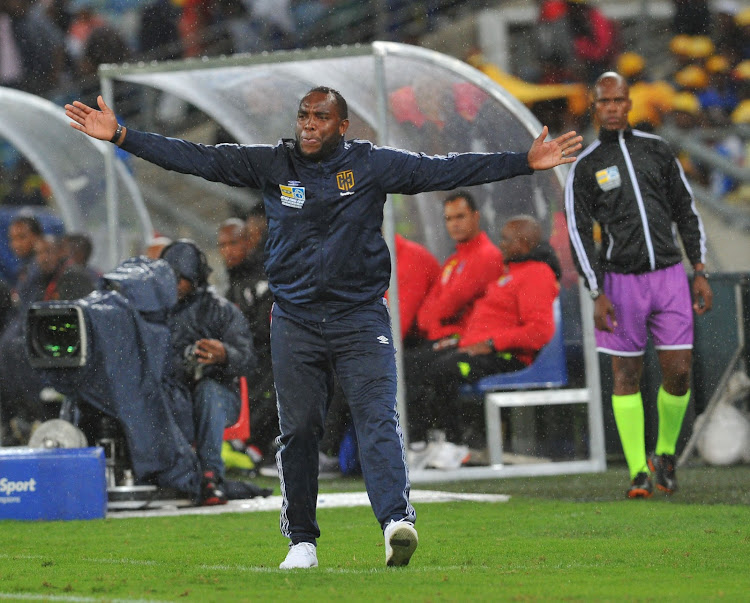 Cape Town City coach Benni McCarthy might be forced to rush former Bafana Bafana striker Tokelo Rantie back into action when they take on AmaZulu on Saturday as they go in search of their second victory in the league this season at the Cape Town Stadium.

“I am itching to get him onto the field‚” admitted McCarthy as they prepared for the clash.

Rantie‚ who played on Tuesday when City lost 2-0 to AmaZulu in the first round of the Telkom Knockout‚ suffered a rib injury at training this week following a hard tackle by defender Tareeq Fielies.

But with City having not scored a goal in more than six hours of football‚ McCarthy is considering gambling with him this weekend as they are desperately looking to find a solution to their goal scoring woes.

He is the third striker the Cape Town club have signed this year after Matthew Rusike and Siphelele Mthembu who have scored a disappointing two goals between them.

Rantie did not play football for a year before joining City in September after he walked out on his former club Genclerbirligi in Turkey.

His last game at Genclerbirligi was one year ago and he picked up weight as a result of sitting idle on the sidelines but McCarthy believes that he can get the best out of him and return him to Bafana Bafana.

Rantie last played in the Premier Soccer League six years ago‚ when he was in the colours of Orlando Pirates before he moved to Sweden where he made a good impression and helped Malmo to the title.

That caught the eye of English club Bournemouth‚ then still playing in the Championship‚ who paid a club record fee to sign him but did not extend his contract when it ran out.