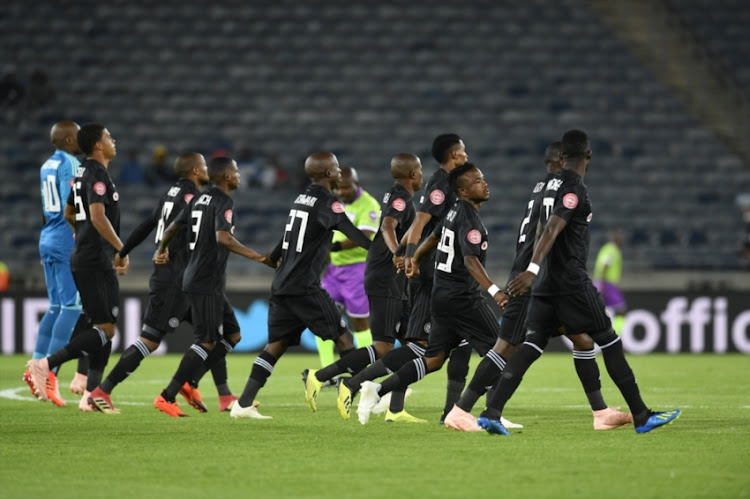 The Soweto Derby between Orlando Pirates and Kaizer Chiefs arrives at a sold-out FNB Stadium on Saturday with both teams showing good signs of form in the Absa Premiership as they are positioned on the top three on the table.

TimesLIVE examines five reasons why Orlando Pirates will prevail over the sworn enemy.

If current pacesetters Bidvest Wits drop points against Highlands Park on Friday‚ then Orlando Pirates will take on bitter rivals Kaizer Chiefs with full knowledge that three points will elevate them to the summit of the PSL standings.

A win will also serve as Pirates’ first after three matches following costly successive draws against Lamotnville Golden Arrows and AmaZulu‚ which have derailed their upward movement on the standings.

Pirates’ assistant-coach has dominated the headlines this week because of his comments where he said the Chiefs technical team was weaker without Steve Komphela‚ and since the appointment of Giovanni Solinas.

As expected‚ his controversial comments have divided football followers in the country with some agreeing and other slamming Mokwena as arrogant.

Pirates players must be smart enough to understand that defeat to Amakhosi will leave them as subjects of ridicule because of Mokwena’s comments this week.

3. The influence of Xola Mlambo

Sometimes brilliant‚ Mlambo has often disappointed this season‚ much to the frustration of the Pirates fans.

But he will hugely motivated by playing in front of sold-out FNB Stadium‚ which will provide the stage for him to finally show his critics that he can influence big matches positively.

Most of Pirates’ attacking movements will be started by him in the engine room where he is likely to be partnered by Musa Nyatama‚ if he passes a late fitness test‚ and Ben Motswari.

Coach Milutin “Micho” Sredojevic has earned a reputation for being a shrewd operator when it comes to taking pressure off the players and how he to set up his teams in high-stakes games like the Soweto Derby.

Having coached in five different derbies on the continent‚ Sredojevic knows better than anyone that only victory will be appreciated by the Buccaneers‚ but he is a man who will be able to withstand the unbearable pressure.

5. Pirates’ continued dominance over Kaizer Chiefs in the league

Victory for Orlando Pirates will see them stretch their unbeaten run over Amakhosi in the league even further in a period that stretches back to 2014.

For any Pirates player‚ there is no bigger motivation than knowing that victory will pile more woe on the old enemy and their team and supporters continue to own the bragging rights.