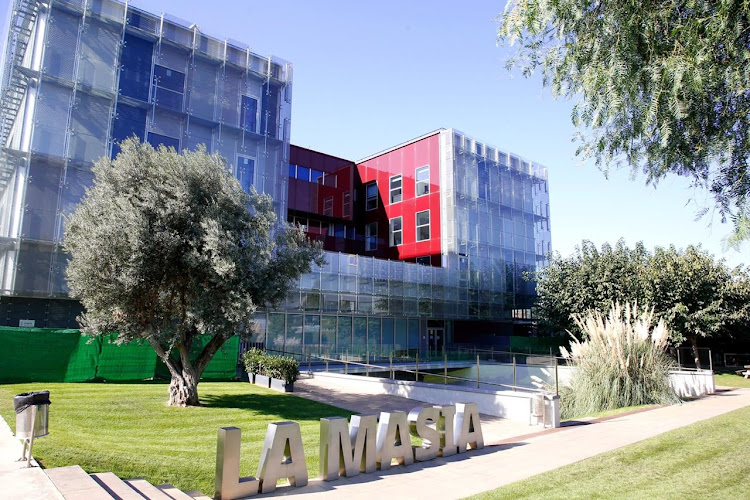 Known to have produced some of the world’s best players, FC Barcelona’s training headquarters is a scene of serenity amid high security.

It’s here where you find the famed La Masia, Barcelona’s academy that gave birth to the careers of Carles Puyol, Andres Iniesta, Gerard Pique and, of course, Lionel Messi.

But almost everything - from training pitches to players' diet and coaching manuals - is the same in the compound. Barcelona play according to one philosophy. It doesn’t matter if you’re in the colts or whether you’re a senior player.

What you notice when you enter the area after you’re vetted by strict security is that all training sessions revolve around the ball.

It is the grass, however, that triggers immediate interest.

“We have special grass here,” said one of the youth coaches, pointing at the pitch. “It holds a lot of water, and that helps us with the flow of the ball. We want to move the ball quicker and this type of grass helps in that regard.”

The academy kids - with ages ranging from seven to 15 - are taught the Barca philosophy until they perfect it.

A mistake is followed by a pause in the session and it’s corrected immediately.

“That’s the only way. We believe in ball possession. If we lose the ball we want to recover it within 30 seconds,” the coach explained, although he could not be quoted on record due to protocols.

Inside La Masia, there are about 80 kids, most of whom are from outside the Catalan area. Here they are not only fed the “Barca way”, they are also educated. La Masia has several high-tech classrooms, where kids are taught life skills as part of their development.

“It’s not all about football. We know that if you have 100 players, maybe only 10 will make it to the very top. But while they are with us here, all players go away with something. We took one player to a hairdressing school and he ended up being the preferred choice for most players here to cut their hair.”

It’s little wonder, then, that Barca’s motto is “Mes Que Un Club” - more than a club.