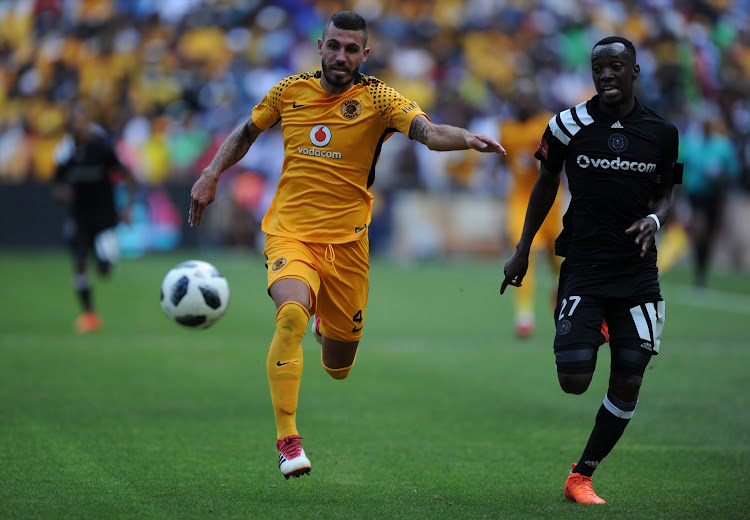 After so many recent drab encounters‚ Orlando Pirates and Kaizer Chiefs owe it to the South African public to deliver a memorable football match in front of a packed FNB Stadium on Saturday to revive this once glorified Soweto Derby.

Pirates and Chiefs have barely dished up a seats-on-the-edge spectacle for quite some time that could leave jaws on the floor but another opportunity has presented itself for both sets of players to revive the memorable clashes of the 1980s‚ 1990s and early 2000s.

Illustrating the fact that this occasion has gone off the boil‚ the last 10 derbies in all competitions have produced a disappointing 16 goals since December 2014‚ and during this period there have been four sleep-inducing goalless draws.

Even with its lack of spark over the past few years‚ fans have always responded with enthusiasm and it is the same this weekend as the full house signs went up at Nasrec last week Friday already.

Many reasons have been attributed to the derby’s lack of fireworks in recent years‚ with supporters pointing out that the players are not of the same calibre as those who came before them and speculating that European coaches have diluted natural flair.

These players and hundreds of their peers who were playing for others clubs in what was a competitive league‚ played in a different era before social media but their profile was high and they were much loved by the fans.

During this time‚ foreign coaches had already arrived in the country but they did not stifle most of the naturally skilled players like Doctor “16V” Khumalo‚ Steve “Chippa” Lekoelea‚ Nelson “Teenage” Dladla and Jomo “Black Prince” Sono‚ who thrilled fans with their silky touches.

This weekend‚ Pirates and Chiefs are coached by Milutin Sredojevic and Giovanni Solinas from Serbia and Italy respectively‚ but it must be noted in their defence that they are exponents of attacking football.

Having said all of the above‚ there are those who strongly argue that we can’t compare players who played in different eras and I agree with that because the game has moved with modernisation and technological advancements.

But‚ what I am asking from the players of this generation is to produce memorable clashes that will match and possibly surpass the magic that was produced at the old Orlando Stadium‚ Ellis Park and old and current FNB Stadium.

This is an important occasion on our sporting calendar‚ it just deserves a good contest that will be remembered until the next one in the memory of more than 90 0000 souls who will be at FNB Stadium and the millions who will feast on television.

So‚ it’s over to you boys to entertain us.

A survival kit to help you make the most of your first Soweto derby.
Sport
3 years ago

The last 10 official Soweto derbies have produced varying performances‚ with some played at a high-tempo and filled with drama while others producing ...
Sport
3 years ago

With the two teams flying high in the Absa Premiership Saturday’s Soweto derby between Orlando Pirates and Kaizer Chiefs at FNB Stadium was sold out ...
Sport
3 years ago