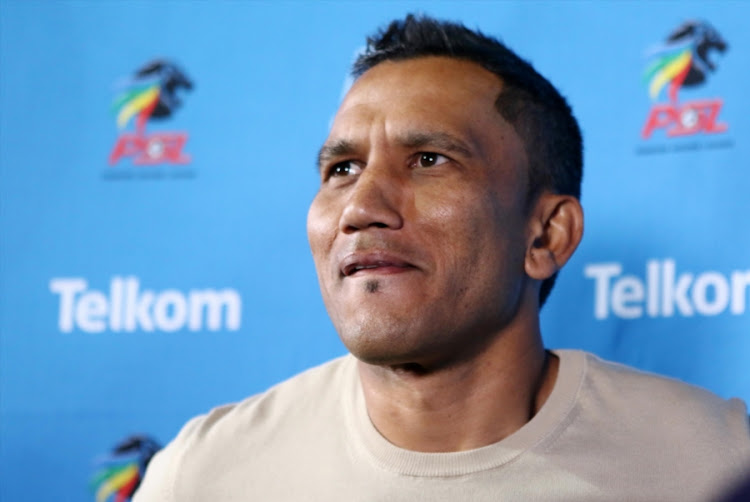 Maritzburg United coach Fadlu Davids will hope that a change of competition brings a change of luck for his forwards to put an end to what has been an astonishing run of shooting blanks in front of their own fans.

Maritzburg host Bidvest Wits in the Telkom Knockout quarterfinals on Saturday night having only managed to find the net in one of their last seven home matches in all competitions.

Before they claimed a 2-1 success over Highlands Park in the first round of the Telkom Knockout last month‚ they had gone six games in a row without netting in front of the Harry Gwala Stadium faithful.

In all‚ the team has only found the back of the net in three of their 10 games this season‚ and they were held scoreless again in a 1-0 away loss to high-flying Polokwane City last at the weekend.

“It’s just about finishing off the chances‚” said Davids‚ who feels his side are getting the other aspects of their play right‚ having themselves kept five clean sheets this campaign.

“It was really positive‚ how we came here and dominated‚” he said following the Polokwane loss.

“They [the players] know they let themselves down. We should have got at least a point but I think we deserved all three points.”

Only four players have managed to find the back of the net for United this season‚ Keletso Makgalwa‚ Bandile Shandu‚ Siphelele Ndlovu and Mohau Mokate‚ the latter two in the cup win over Highlands Park.

It is not unlike the last campaign when the side went an amazing 10 games without one of their own players scoring‚ the only goal they managed in that time was turned into his own net by AmaZulu midfielder Michael Morton.

Interestingly‚ that period was also between August and November‚ after which the team went on to finish fourth in the league and reach the Nedbank Cup final‚ with their shackles finally broken by a 4-2 win over Cape Town City.

Saturday’s opponents Wits have already visited Maritzburg this season‚ perhaps predictably playing to a 0-0 draw in the league in what was a strategic stalemate that neither side was able to break.

Wits have the most miserly defence in the Premier Soccer League this season‚ with only four goals conceded in their 11 matches in all competitions‚ which set against Maritzburg’s woeful run in front of goal does not bode well for the home side.

But Davids‚ a former PSL striker of some repute‚ has remained positive and says he will keep on working hard with his players.

“We have to focus on the Telkom and that’s what we will do‚ it has been really positive from the players.”

Premier Soccer League (PSL) legal head Michael Murphy has said the decision for Kaizer Chiefs to not play their Telkom Knockout match against ...
Sport
3 years ago

Banyana to benefit from information Kgatlana gained from US team

US-based Thembi Kgatlana has been hungrily devouring as much information as she can in the American National Women's Soccer League (NWSL) and she ...
Sport
3 years ago