Orlando Pirates through to TKO semis 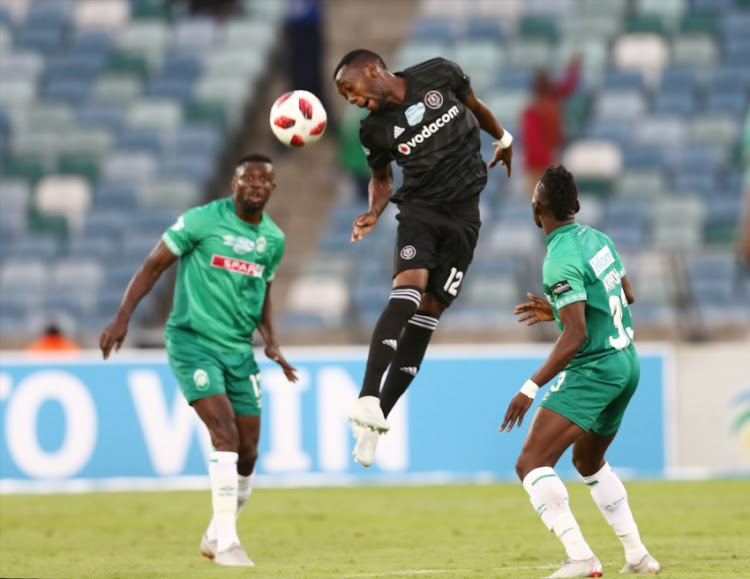 The crusade to heal the souls of the Pirates supporters who have suffered a four- year trophy drought continued when the Buccaneers surged to the semifinals of the Telkom Knockout at the expense of AmaZulu on Saturday night.

Pirates scored twice in extra time after the scores were locked at 1-1 after 90 minutes.

Xola Mlambo was in the mood to show off as he expertly executed tantalising passes with gay abandon. One such pass not only eluded but also unhinged the bearings of the Usuthu defence. It landed invitingly for Thembinkosi Lorch.

The ball cried out for a tap into the net. Disappointingly Lorch directed it into the hands of Mbatha.

It was the combination of Lorch and Vincent Pule that provide the wind in the sails of the Sea Robbers’ ship when it cruised to the lead. The former flicked a clearance from the back to the latter who played a pass into space that launched Lorch into a race for the ball.

The pacey forward left the AmaZulu rearguard for dead before atoning for his earlier flop by poking the pigskin past the on-rushing Mbatha for the game’s opener in the 37th minute.

The Bucs celebrations lasted three minutes before Bonginkosi Ntuli nullified their lead with a header past Siyabonga Mpontshane in the 40th minute.

Mpontshane was wide awake to the danger and kept out an attempt from Ghanaian Samuel Darpoh.

His Argentina teammate Emiliano Tade went agonisingly wide when he delivered a Surprise Moriri- like top-drawer first touch with the right foot before letting lose with the left but missed the target by a few inches.

When Pirates piled on the pressure, Mlambo was the central cog, rousing the crowd to raise the roof of the cathedral.

One of his well-weighted deliveries found Pule in with time and space to pick his spot. He rushed it and his shot went past the upright.

Pule was denied a chance to restore Bucs’ lead when he cut inside from the right but his drive drew a save off Mbatha.

In the earlier exchanges two penalty protests were waved away by referee Victor Hlungwani. AmaZulu claimed Siyethemba Sithebe was upended inside the box while Pirates protested that their former leftback Marc Van Heerden handled in the area.

The sooner Augustine Mulenga and Justin Shonga do for club what they do for country the better it would be for Pirates. For Zambia, the countrymen combine to clinical effect and the wish among The Ghost is to see that form replicated in club colours.

Mlambo restored Pirates’ lead in the third minute of extra time and Lorch scored his second in the 107th minute.