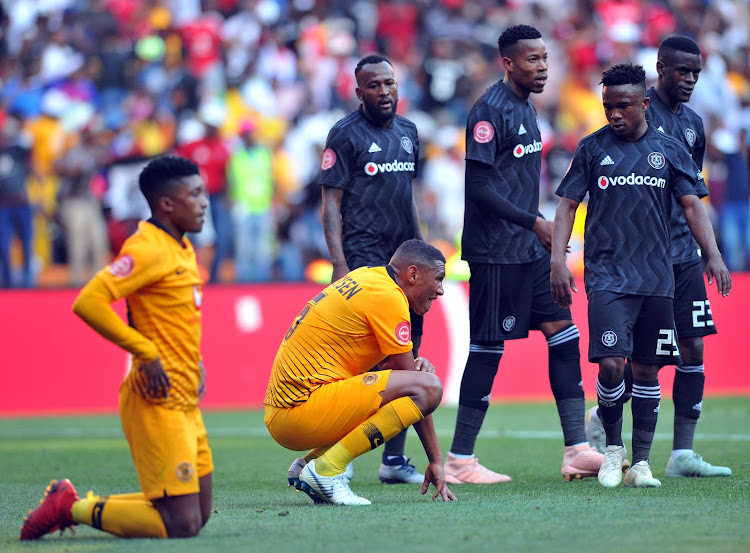 Orlando Pirates may go into this year’s Telkom Knockout semi-final against Kaizer Chiefs as slight favourites given their form and recent Soweto Derby victory‚ but they do so in the knowledge that they have never beaten the AmaKhosi in a tie in the 36-year history of the competition.

The teams have clashed in six previous editions of the competition down the years and every time the tie has gone in the favour of Chiefs.

For two of those wins‚ including most recently in 2015‚ Chiefs have needed penalties to advance past their bitter rivals‚ while in 1998 they claimed a 3-2 aggregate success in the semi-finals that did include a 1-0 loss in the second leg.

It is an ominous record for the Glamour Boys against a Pirates outfit that has only mostly known heartbreak in the Telkom Knockout competition with their eight final appearances yielding just one win in 2011.

It is a competition where luck has deserted the Buccaneers and they will hope for good fortune when they clash with Chiefs again in the semi-finals on the weekend of November 24/25 which is a repeat of their league derby win last month.

Jan Lechaba scored the only goal of the game the first time these sides met in the competition in 1983‚ when it was known as the Datsun Challenge.

It would be another nine years before they met again‚ by which time it was in the Coca-Cola Cup‚ with Fani Madida grabbing a brace as Chiefs won 3-2.

Six years on and the competition had changed names again‚ this time known as the Rothmans Cup and the Soweto pair met in the two-legged semifinals.

Chiefs won the first 3-1 as Pollen Ndlanya netted twice and Marc Bachelor got the other goal‚ before Sibusiso Zuma netted in a 1-0 success for the Buccaneers in the return fixture that at least gave them some joy as they bowed out of the competition.

It would be another decade‚ and another name-change to the Telkom Knockout‚ before the sides were paired again together as Chiefs claimed a 3-0 success on penalties after the semi-final had been drawn 0-0.

They met again in the final the following year and this time it was a rampant performance from Chiefs as Sthembiso Ngcobo netted twice and Siphiwe Tshabalala got the other in what remains one of the AmaKhosi’s biggest derby wins.

The last meeting in the semi-finals was in 2015 ended 0-0 and Chiefs again triumphed on penalties‚ this time with a 6-5 success.