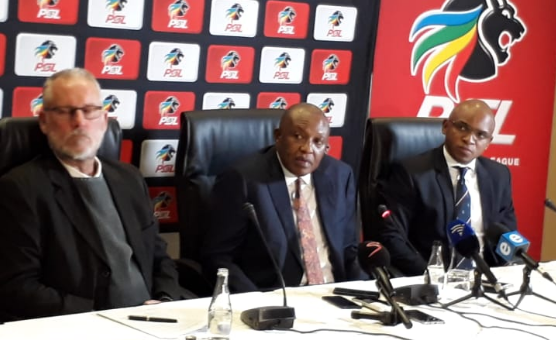 The Premier Soccer League (PSL) has lauded the work of the South African Police Service (SAPS) after four suspects arrested in two Telkom Knockout quarterfinals in Durban over the weekend were denied bail in court.

The PSL sent out a press release on Tuesday headlined: “PSL applauds work of the police as four suspects are denied bail”.

The league did not specify which of the four suspects denied bail (six overall were arrested) had been arrested at which of the two matches – Orlando Pirates’ 3-1 extra-time win against AmaZulu on Saturday night‚ and Kaizer Chiefs’ 1-0 victory against SuperSport United on Saturday.

Both games were held at Moses Mabhida Stadium.

The PSL’s statement read: “Four of the six suspects that were arrested in Durban over the weekend during the Telkom Knockout quarterfinal fixtures appeared in Durban Magistrate Court and were denied bail.

“They were detained over the weekend at Durban Central Police Station.

“Because of the seriousness of the charges‚ the four will remain in custody after the Magistrate denied them bail.

“The League will advise on the future date of their appearance in court.”

The PSL said it was highly satisfied with the work of the SAPS surrounding their matches in Durban this weekend.

“The Premier Soccer League has applauded the work of the South African Police Service and the collective effort towards restoring law and order at our football matches‚” the league’s statement read.

“The League believes this bold step‚ including the move to deny bail‚ will send a clear message that hooliganism at football matches will no longer be tolerated and that there are serious consequences for those who break the law including those who engage in the sale of fake tickets at stadiums.”

The SAPS in Durban had come in for some criticism from the PSL for alleged oversights in procedure when Kaizer Chiefs fans violently invaded the pitch after last season’s 2-0 win to Free State Stars in a Nedbank Cup semifinal at Moses Mabhida on April 22.

Four people have been arrested for trying to sell fake tickets over two consecutive days of soccer played at the Moses Mabhida Stadium in Durban.
News
3 years ago