Will Baxter finally realise the class of Kekana when Bafana meet Nigeria? 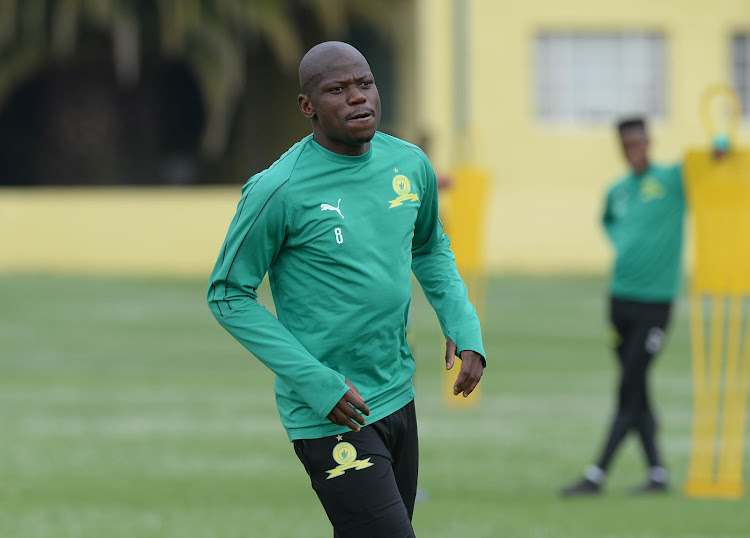 Not since the calamitous home loss to the Cape Verde Islands in Durban some 14 months ago has Hlompho Kekana started a game for South Africa‚ but the 33-year-old now has another chance to impose himself as Bafana’s midfield general this month.

The must-win 2019 Africa Cup of Nations (Afcon) qualifier against Nigeria at FNB Stadium next Saturday November 17 is the perfect stage for the Zebediela-born enforcer to make his mark with the national team.

Kekana – save for the times when he has been injured – has been consistently called up by Bafana coach Stuart Baxter to his squads.

But the imposing Mamelodi Sundowns defensive midfielder and captain has not had playing time since last October’s 3-1 World Cup qualifying win over Burkina Faso at FNB‚ where he came on for the final 20 minutes for Andile Jali.

But with the long-term injury to Dean Furman‚ and the shorter-term ankle problem for Kamohelo Mokotjo‚ the Sundowns skipper now emerges as the man to run things when Bafana host Nigeria in some 10 days’ time.

Kekana and his club mate‚ Tiyani Mabunda‚ are likely to get the call to provide the midfield muscle that Furman and Mokotjo had been applying in recent matches.

While things ticked over nicely at home against the Seychelles‚ and South Africa went on to score a record 6-0 win at FNB last month‚ the return game on the Indian Ocean island four days later proved a disaster.

The goalless draw has impacted on chances of South Africa qualifying for next June’s finals in Cameroon. Bafana can restore their chances by beating the powerful Nigerians next weekend.

South Africa’s last performance lacked the kind of long distribution and passing that is the hallmark of Kekana’s game as the team battled on the artificial surface in Victoria and‚ in the end‚ dropped two vital points.

But Kekana’s ability to spray the ball behind fullbacks and bring speedy wingers and overlapping fullbacks into play is just the tactic Baxter would be wise to consider against Nigeria.

The Super Eagles will come into the game at FNB with a cocky and adventurous approach and will leave space behind to exploit.

For all his achievements at club level with Sundowns‚ including lifting the 2016 Caf Champions League trophy‚ Kekana has not made much of an impact at national team level.

He only debuted for Bafana in 2011‚ just ahead of his 26th birthday and only after he had helped SuperSport United to back-to-back league titles.

Kekana was not picked for neither the 2013 Nations Cup finals squad‚ when Gordon Igesund was in charge‚ nor the 2015 finals in Equatorial Guinea‚ when Shakes Mashaba was at the helm of the team.

Kekana has won 25 caps over the last seven years‚ living somewhat in the shadow of Furman‚ who has almost double the number of international appearances in an even shorter period of time.

But Baxter could do a lot worse than invest his confidence in Kekana running the show for Bafana against Nigeria and showing African football aficionados again what he is capable of.

Bafana Bafana coach Stuart Baxter has recalled midfielder Thulani Serero of SBV Vitesse FC in the Netherlands in his squad for the must-win 2019 ...
Sport
3 years ago

Bafana Bafana striker Lebo Mothiba continued his fine run of scoring in France’s Ligue 1 as he netted a seventh goal of the season in a 1-1 home draw ...
Sport
3 years ago

Bafana Bafana coach Stuart Baxter has given Thulani Serero a second chance by including him in the squad to face Nigeria for the Africa Cup of ...
Sport
3 years ago