Banyana Banyana players stand to each earn R160,000 if they win Afcon 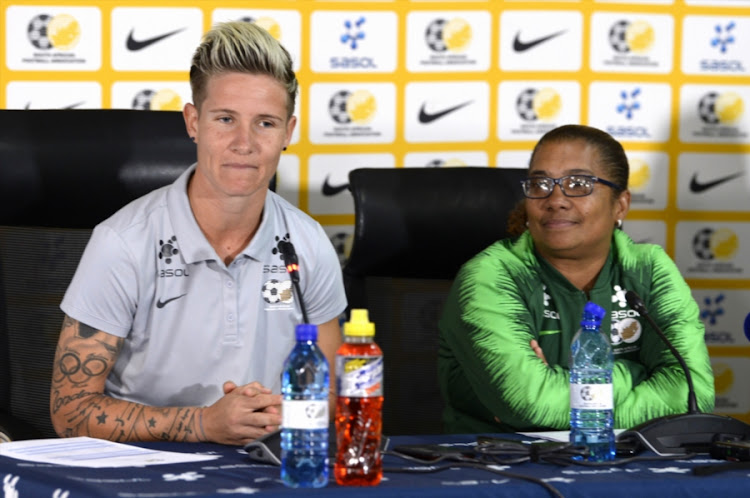 Banyana Banyana captain Janine van Wyk has thanked the SA Football Association (Safa) and team sponsors Sasol for putting in incentives that could drive her team to win the 2018 African Women’s Cup of Nations.

Banyana are pitted against Nigeria‚ Zambia and Kenya for the tournament which starts on Saturday‚ November 17 in Ghana.

The South Africans are yet to win a Women’s Nations Cup despite qualifying for 12 of the previous 13 editions.

For Van Wyk‚ the incentives will also be a big boost in their push to qualify for the first time for Fifa Women’s World Cup‚ which will be hosted by France in June next year.

The top three finishers from eight teams in Ghana will qualify for next year’s World Cup.

If Banyana lift the trophy in Ghana‚ each player will go home with R160‚000 but for merely appearing in this tournament the 21 players announced by coach Desiree Ellis at Safa House in Johannesburg on Wednesday are guaranteed to go home with R40‚000.

“Definitely we have to thank Sasol and Safa for putting these incentives on the table‚” said Van Wyk‚ who is going to Ghana with 154 caps under her belt.

“Obviously as a player the incentives motivate you but that’s one source of encouragement.

“It’s a big encouragement for our team to go out and give our best and get the results that we want.”

Van Wyk said the experience within the current Banyana should be good enough to help them win the tournament.

“I personally feel that this is probably the most experienced and strong team to go to Awcon‚” said the Boksburg-born central defender.

“There’s over four to five players who have over 100 caps and there’s more than four players playing competitive football overseas.

“So that makes this team extremely experienced and I feel that with the preparation we’ve had throughout the whole year‚ we stand a really good chance in also qualifying for the World Cup by finishing amongst the top three in Ghana.”

Banyana will open their campaign in Ghana against defending champions Nigeria on November 18 and Van Wyk feels it’s time the South Africans show they are now better than the team ranked No 1 in Africa.

“It is a very critical match for us‚” she said.

“We see Nigeria as our rivals and it’s always a heated and competitive battle between the two countries.

“It’s almost going to be like a final. Yes they’ve been champions for numerous times but that won’t count on the day.

“It’s us for now to look forward and look ahead and take that match as a final of the Awcon.”

Banyana to benefit from information Kgatlana gained from US team

US-based Thembi Kgatlana has been hungrily devouring as much information as she can in the American National Women's Soccer League (NWSL) and she ...
Sport
3 years ago

Securing a maiden qualification berth to the World Cup will be a huge motivating factor for Banyana Banyana to perform well at the 2018 Women’s ...
Sport
3 years ago