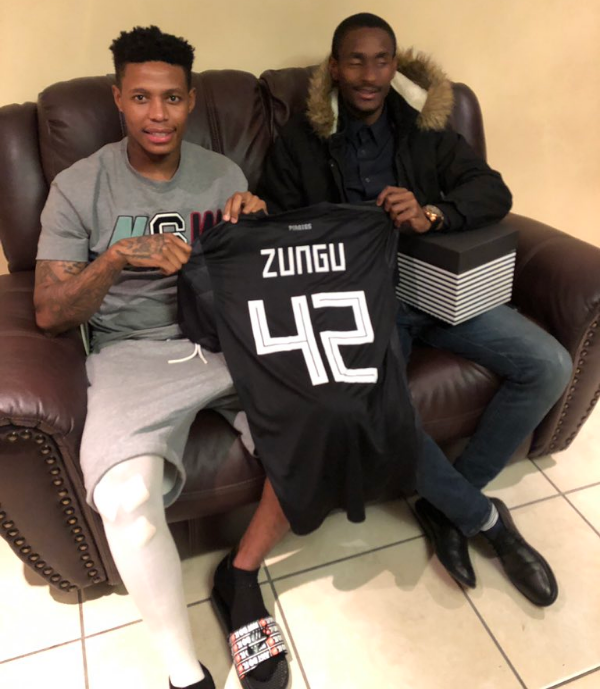 Bafana Bafana and Amiens SC star Zungu gave huge credit to Mokwena for Pirates’ back-to-back wins of the past fortnight.

However‚ he completely left out Pirates’ head coach Milutin Sredojevic‚ who did not even get a mention from the France-based midfielder.

As he became embroiled in arguments with his Twitter followers‚ Zungu then added: “Trust me it’s him [Mokwena]. Even at Sundowns – ask Keagan Dolly he’ll tell you.”

The latter tweet seemed to be a suggestion from 26-year-old Zungu that even at the club he played for before leaving for Portugal‚ Sundowns‚ Mokwena was the brains of the organisation‚ even more than Downs head coach Pitso Mosimane.

Put to Zungu that such a suggestion implied he was disrespecting Mosimane‚ he replied: “Nah I don’t disrespect him. He’s a top coach and amazing father figure.

“I love Sundowns and Pitso and the president [Patrice Motsepe].

“A humble coach [Mosimane] will always credit the players but deep down he knows he’s the boss ... lol.

“I’m not disrespecting [Sredojevic]. I just don’t know what he can do. But I know Rulani. He is top believe me!

“That man is a genius. He can do it all alone.

It was pointed out by a fan that Zungu and Dolly were both recruited to Sundowns by Mosimane.

Zungu replied: “Well coach Pitso recruited players like me and is still making it big. So he’s also been great. And he is South African. Let’s support and stop the hate.”