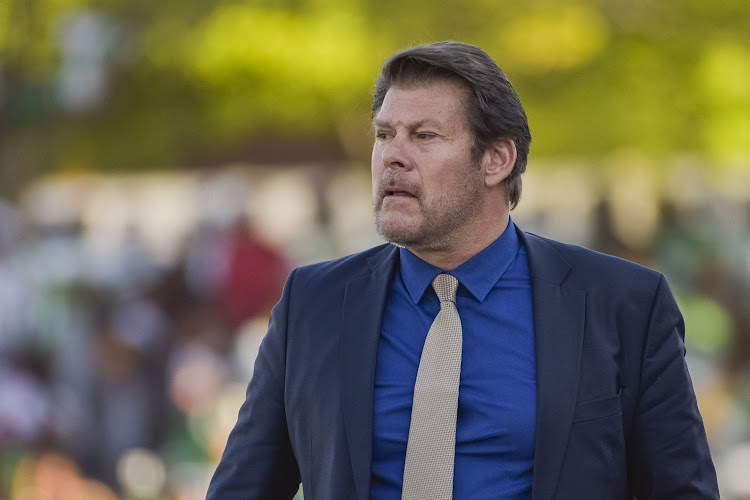 Eymael leaves just months after leading Ea Lla Koto to the Nedbank Cup in May and his departure comes on the same day as Joel Masutha's resignation as coach of Black Leopards.

Dan "Dance" Malesela was the first mentor to be axed when Chippa United owner and chairman Siviwe Mpengesi pulled the trigger in August after just three matches in charge.

Joel Masutha has become the second coaching casualty of the season as Black Leopards announced at lunchtime on Monday that he had resigned from his ...
Sport
3 years ago

Cape Town City made heavy weather of winning for only the third time in the league this season but in the end came away with three valuable points as ...
Sport
3 years ago

Eymael joined Stars in August 2017 after short-lived and ill-conceived stints at Bloemfontein Celtic and Polokwane City. But he went on to win Stars their first piece of silverware in 24 years when Ea Lla Koto won the Nedbank Cup last season.

Stars cited poor results as a reason for terminating their employment contract with the outspoken Belgian.

“We want to take this opportunity to thank the coach for the success that he has brought to the club and for his effort in the current season.

"We would also like to wish the coach the best of luck with his future endeavours‚” said Stars’ general manager Rantsie Mokoena in a statement on Monday.

The decision to sack Eymael comes just a couple of days after Stars lost 1-0 at home to SuperSport United – their seventh defeat in 14 matches.

Port Elizabeth’s Nelson Mandela Bay Stadium missed out on hosting the Nelson Mandela Challenge match between Bafana Bafana and Paraguay after the ...
Sport
3 years ago

Stars are 9th on the log table with 13 points from 14 matches and have managed three wins and four draws.

Stars play their next match on Tuesday December 11 at home to Orlando Pirates and this means they will have almost a month to find Eymael’s replacement ahead of their next encounter.

“We will use the two weeks break to look for a suitable replacement for the coach and will make the necessary announcement as and when things unfold”‚ Mokoena concluded.