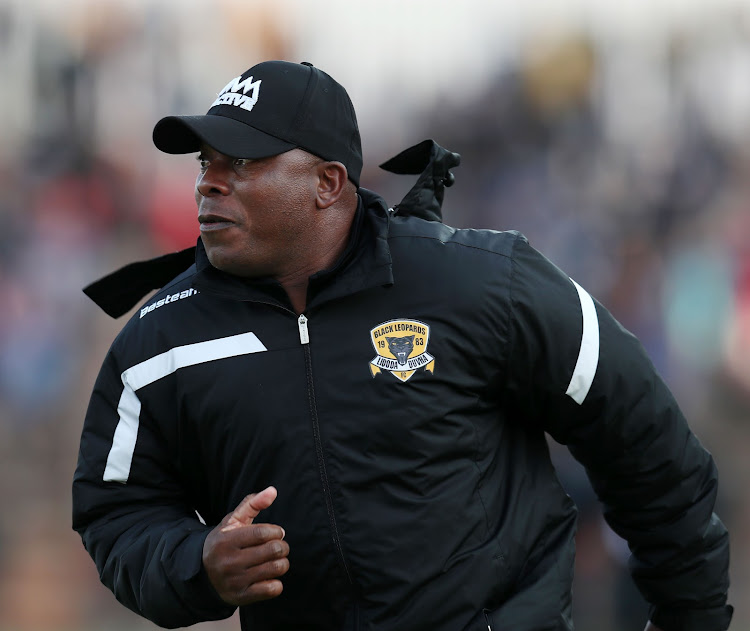 Joel Masutha has become the second coaching casualty of the season as Black Leopards announced at lunchtime on Monday that he had resigned from his position as head coach.

But it is debatable whether he resigned or was forced out because the writing has been on the wall for several days now for the former goalkeeper‚ who took the club from the bottom half of the National First Division (NFD) last season to unlikely promotion.

It has been much tougher in the top-flight for Lidoda Duvha this season and with just two wins from their 11 games to date‚ they are just one point above the relegation zone.

“We are far off our target‚ we have nine points when we were hoping for between 15 and 20. We can’t be happy about that‚” he admitted on Sunday‚ just hours before the chop.

Masutha looked like a man waiting for the guillotine after Sunday’s 3-1 loss at Cape Town City where the final  score might have been more one-sided had it not been for poor finishing by the home team.

He admitted much needed to be done if Leopards were to avoid being sucked into the relegation fight.

“It’s tough in this league‚" he said.

Black Leopards travel to Cape Town this weekend seeking to turn their attacking performances into much-needed points and get themselves away from the ...
Sport
3 years ago

Masutha had been working on defence in recent weeks and trying to limit goals but Leopards have conceded 17 in this campaign‚ only one less than the leakiest defence which is that of Free State Stars.

“Something needs to be done‚” he said‚ referring to the midfield where Leopards were badly outgunned on Sunday‚ albeit having to play without Phathutshedzo Nange‚ who is injured.

On Wednesday‚ after losing to Kaizer Chiefs at FNB Stadium‚ Masutha had been asked about his own future and said he hoped management would give him more time.

He is likely‚ however‚ to stay‚ possibly as assistant to the next coach.

Masutha follows Dan Malesela on the list of coaches fired this season.

Malesela got the hoof at Chippa United earlier in the campaign.