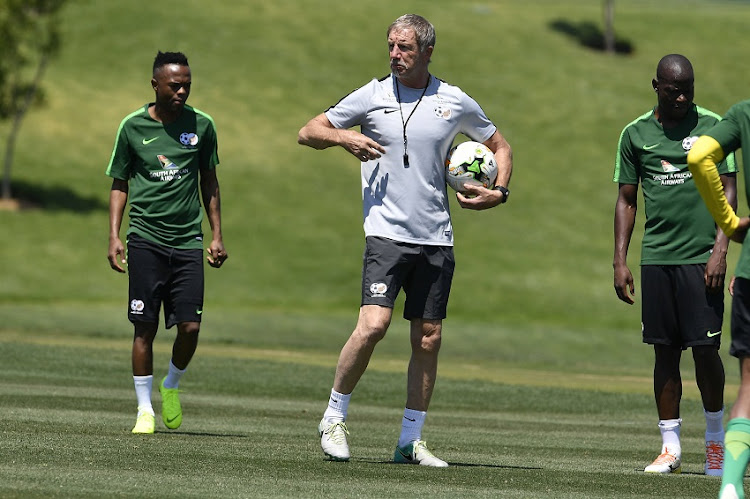 Thulani Serero has been away from Bafana Bafana for just over a year and in that time the Vitesse Arnhem forward’s interviewee skills have improved exactly zero percent.

Serero has yet again‚ after three snubs of the national team‚ been called back into the fold for Bafana’s 2019 Africa Cup of Nations qualifier against Nigeria at FNB Stadium on Saturday.

Predictably he was the man the media wanted to speak to after Bafana trained at Steyn City School in Midrand on Tuesday.

Was Serero any better at facing the press than we remembered‚ with more than half-hearted one-liners?

Serero was asked how it was to be back in the squad.

“It feels good. I’m back in the country‚ seeing the guys‚ everybody in the squad – it feels good‚” he almost mumbled.

Asked what was important influencing the player to come back into the squad‚ Serero replied: “Nothing. You know – I’m a South African. And I love playing for my country.

“And there’s nothing more than that. I don’t have to say anything [more].”

Serero was asked how critical a discussion with coach Stuart Baxter was in his return.

“Ja‚ there was just a normal conversation‚” he said.

“It was just a normal‚ simple conversation‚ and we understood each other.

“Just a simple conversation‚ and I’m here – that’s the most important thing.”

Serero could not be drawn on what Baxter had said to him.

“I think you can ask him what he said to me‚ but the most important thing is that I’m here‚” he said‚ adding rather limply: “And I’m happy to be part of the team.”

Serero has returned having already snubbed Baxter once in the current coach’s tenure‚ when the player refused to honour call-ups for last year’s World Cup qualifiers against Senegal because he had been benched in games against Cape Verde and Burkina Faso.

Baxter has either stuck his neck out or‚ many would say‚ been foolhardy calling the attacker – who recently has played more as a defensive midfielder for Vitesse – back.

In a last attempt to get something that vaguely made sense out of Serero on Tuesday‚ he was asked if there was pressure on him on his return to Bafana to prove himself against the daunting Super Eagles.

He almost gave an intelligible answer.

“I don’t really think so. I think we shouldn’t really make this about me‚” Serero said.

“I think the most important thing is to win on Saturday. It’s not really about me.

“I think the most important thing is that we get the three points and be able to qualify for the Nations Cup.”

Let’s hope Serero’s application on the field can also be a little more than slightly better than the seven years of questionable application he’s served up so far.