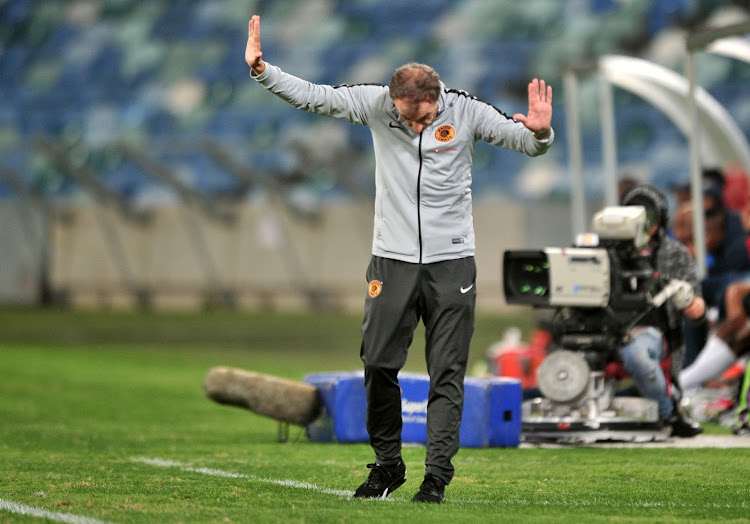 Motaung on Thursday laughed off speculation that Solinas is under pressure in his job‚ and moved to nip reports and rumours in the bud that Amakhosi have been in talks with other coaches.

He quashed speculation that former Chiefs‚ Orlando Pirates‚ Mpumalanga Black Aces and Ajax Cape Town coach Muhsin Ertugral had been in talks with Amakhosi for a return to the club‚ either as a coach or a technical director.

“We have not engaged with any other coach. We have got a coach at the moment.

“And we have not even talked about technical director‚ or anything like that. No‚ it’s not true.

“We have not even engaged Muhsin at all‚ with due respect. I think that’s just mere speculation.”

Motaung laughed off a suggestion in reports that former Manchester United striker and current SuperSport TV analyst Dwight Yorke has been linked to the Chiefs job.

“Dwight Yorke is on SuperSport – why don’t they leave him there‚” Motaung said.

“But there’s nothing of that nature. We don’t have any issues.

“We’ve not even raised issues such as coaching as a club. So I don’t know where these rumours come from.”

Failure to qualify for the 2019 Africa Cup of Nations (Afcon) finals could cost Bafana Bafana as much as $4m (about R576m) in prize money alone‚ ...
Sport
3 years ago

Solinas has had a mixed bag of results since his arrival at Amakhosi three weeks before the beginning of the current season.

Chiefs are in fifth place in the Absa Premiership from four wins‚ six draws and three defeats in 13 matches.

They lost against SuperSport United over two legs of the MTN8 semifinals.

Amakhosi are through to the Telkom Knockout semifinals‚ where they will meet Pirates at Moses Mabhida Stadium on November 24.

Chiefs’ three seasons without a trophy before Solinas’s arrival mean the coach has walked into a tough situation at a giant club whose fans are expectant of a trophy.