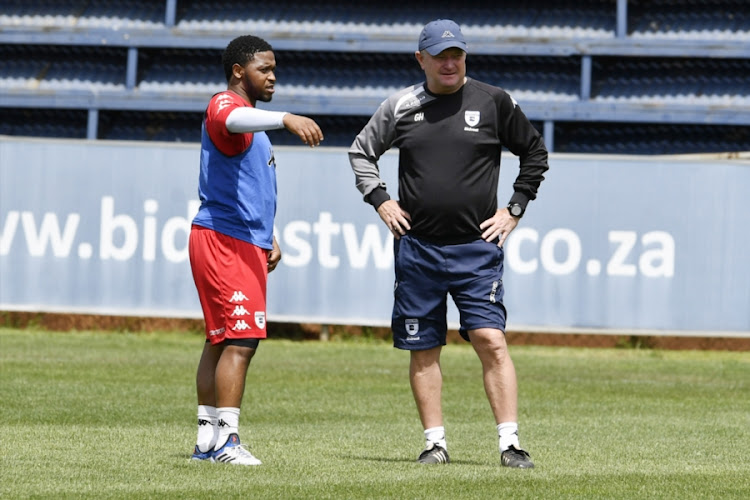 Bidvest Wits coach Gavin Hunt is close to making a decision on whether to offer former Orlando Pirates and Bafana Bafana midfielder Thandani Ntshumayelo a contract or not.

Ntshumayelo has been training with Wits for almost two months at their Sturrock Park base in Johannesburg after his four-year ban for using cocaine was lifted by SA Institute for Drug-Free Sport (SAIDS) a few months ago.

On Tuesday morning‚ as Wits prepared for the Telkom Knockout semi-final clash against Baroka FC at the weekend in Polokwane‚ Ntshumayelo trained with the rest of the players and Hunt said he is ready to play.

Thandani Ntshumayelo will have a run in the Bidvest Wits colours when the log leaders play a friendly match on Tuesday‚ coach Gavin Hunt has revealed.
Sport
3 years ago

“I think he could play now for about 30 to 40 minutes and we are going to get to a point soon where I would say either or‚ you know.

"There is no expectation and we are taking it day by day‚” said Hunt.

"I don’t know if we have the budget but I told him he can play for nothing.

"He has the quality and pedigree because he has won league titles‚ he has played in the Caf Champions League final and he knows what it takes to play at this level."

The Wits coach added that Ntshumayelo must stick to the intensive fitness and diet programme the club has given him.

“He has been doing well at training and like I said he has the quality‚" Hunt said.

"What happened was a big loss to South African football‚ but he is coming back and let’s wait and see.

"He knows how to play football and I don’t need to tell him anything about that‚ he just needs to run‚ run and run some more.

"I don’t know what he does away from training but he tells me he is eating better.

"No disrespect‚ but you know when you are shorter you pick up weight quicker than a taller person.”