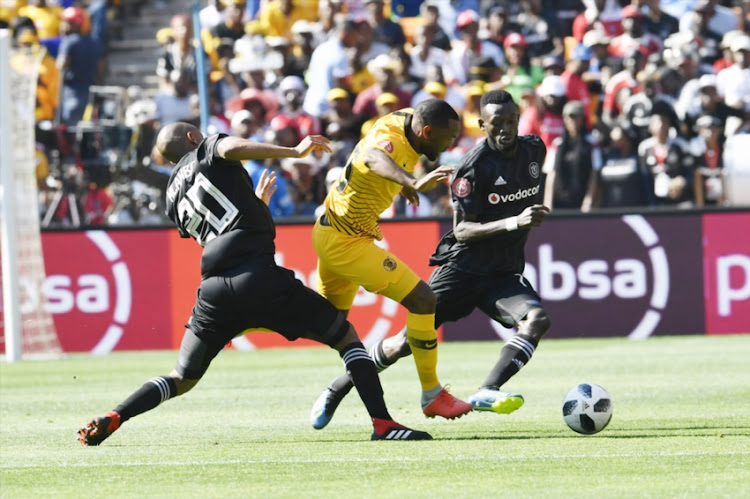 Kaizer Chiefs have a double motivation of erasing the pain from their previous Soweto derby defeat‚ and stopping in-form Orlando Pirates in their tracks for Saturday’s Telkom Knockout semifinal‚ Amakhosi striker Bernard Parker has said.

Pirates may have been billed the favourites for the season’s second Soweto derby‚ this weekend to be held at Moses Mabhida Stadium in Durban‚ but Chiefs have a number of motivating factors that could help them upset the odds.

For one‚ reaching a cup final and challenging for their first silverware in now going on three-and-a-half seasons.

Another is revenge for their defeat against Pirates in the Absa Premiership‚ 2-1 on October 27 at FNB Stadium.

Another is bringing to an end a fine 10-game unbeaten run for PSL leaders Bucs in league and cup games.

“The good thing about this game is we still feel the pain [from the last derby]. Memories are still fresh in our minds‚” Parker said.

“And it’s good for us that we still feel this pain and have these memories‚ and we still know how we did on the day.

“And thank you that we drew them now in the semifinal‚ so that we‚ in a way‚ know that ewe have to double our efforts from the previous game‚ and as well go with more fire in our eyes facing them again.

“We’re well aware that they’ve had a good‚ consistent run. I think that motivates us more.

“What they have been going through with their winning ways‚ I think that’s a motivation on its own to us as players.”

Parker said Amakhosi’s players are well aware that there is more at stake in this derby – always a high-stakes game – than normal.

It is a semifinal‚ for one. For Amakhosi‚ a defeat will mean two out of three cup tournaments bowed out of this season‚ and still no trophy.

“Everyone is well aware of how big this game is. That’s why everyone is looking forward to it. But then‚ it’s a must-win for us‚” the former Bafana Bafana striker said.

“We are well aware that this is a cup match. Our last encounter was a league match.

“And‚ with the history of Kaizer Chiefs‚ we always get though; we always have the advantage of getting a cup.

“But then for the last three seasons we went though a bit of a slump. And now it’s up to us as players to turn this around.

“The funny thing about it is that we know what’s expected from out opponents. We know how they play and we know how they’re going to come at us.

“We took a lot of positives out of our last derby. And this one coming up‚ I know it’s going to be an interesting one.”

FNB Stadium was unavailable for this derby due to a pre-booked prayer meeting.