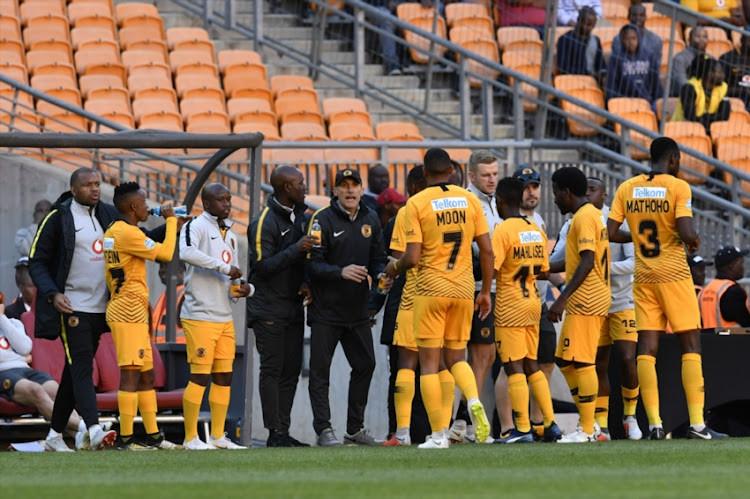 Kaizer Chiefs should be in the top five-ranked clubs in Africa‚ not their current 18th‚ Amakhosi coach Giovanni Solinas has said ahead of Saturday’s Telkom Knockout semifinal against Orlando Pirates at Moses Mabhida Stadium.

Ahead of his second Soweto derby in his maiden season with Chiefs – the first of which the Italian lost 2-1 in the Absa Premiership at FNB Stadium on October 27 – Solinas pointed out that historically Amakhosi have the clear advantage in the great game.

“The derby has been played 164 times‚ Chiefs have won 67‚ Pirates have won 40‚ 52 have been drawn [plus five games abandoned]‚” Solinas said.

“So the history is for Kaizer Chiefs. But the history for the newest game counts for nothing.

“This is a new game‚ a new derby‚ the past counts for nothing. So we need to continue to make history for Chiefs. This is our responsibility.

“Because I am coaching a very big club‚ and I want to continue to make history for Chiefs‚ to work hard to make our supporters happy.

“I know that Chiefs are coming from three difficult seasons. But I can say that this [current] Chiefs are a good project for the future.

“Chiefs are now 18th in the Fifa rankings of African clubs. And this is not position for Chiefs.

The website Footballdatabase.com ranks Chiefs at 18th in Africa‚ and 338th in the world.

Their highest-ranked South African club are Mamelodi Sundowns‚ at 13th and 274th in the world.

The website ranks Pirates at 23rd in Africa and 390th in the world.