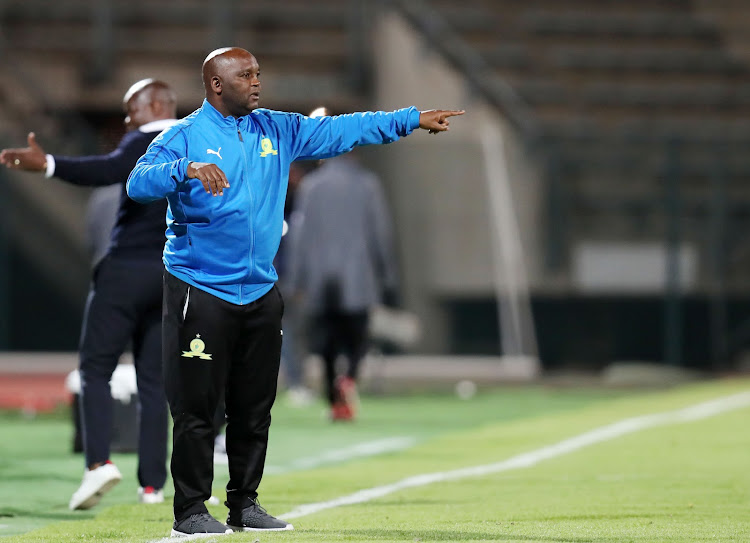 Mamelodi Sundowns will take the first step of their mission to reclaim the Caf Champions League when they take on unheralded Leones Vegetarianos FC of Equatorial Guinea at Estadio de Ebebiyín on Wednesday afternoon.

To be adequately prepared for this preliminary round clash‚ the 2016 champions have been in Equatorial Guinea since last Friday and their early arrival might work in their favour with temperatures expected to reach as high as 30°C on Wednesday.

This season’s Champions League programme has been adjusted with the tournament set to end in May to run concurrently with the Premier Soccer League (PSL)‚ and Sundowns coach Pitso Mosimane has welcomed the move as it will give players enough time to rest during the off-season.

Over the past five years Mosimane and Sundowns have hardly enjoyed a proper off-season break because the tournament was not aligned with the PSL‚ and has this affected their start to their current domestic campaign.

Vegetarian Lions have Mosimane's Sundowns on their menu

Mamelodi Sundowns are up against a team with a delightfully contradictory name and a bizarre history when they get their African Champions League ...
Sport
3 years ago

“In January it will be fireworks and I am happy we won’t be the only ones.

"You remember what happened to SuperSport United a few seasons ago‚” said Mosimane‚ adding that juggling domestic and continental assignments is going to be test for all the four South African teams playing in Caf competitions this season.

Orlando Pirates are with Sundowns in the Champions League while Kaizer Chiefs and Free Sate Stars are representing the country in the Caf Confederation Cup.

“Now let’s all be on the plane‚ let’s all land on Monday and play on Wednesday because it has only been Sundowns doing this.”

Sundowns were able to travel early to the West African country because they were not involved in the semifinal stage of the Telkom Knockout last weekend‚ but they have a possible six matches in less than a month to face when they return later in the week.

“It’s unbelievable‚ when December comes it’s fireworks. Look at January also – I think we will have maybe three days on Boxing Day‚ Christmas and then we will be back in-between that‚” Mosimane said.

Free State Stars will become the 17th South African side to compete in continental club competition when they debut in the Confederation Cup against ...
Sport
3 years ago

“We will have to come back on January 1 or 2 because we have Kaizer Chiefs on the fifth and there’s Champions League.

“But I rather have this than what I have been exposed to in the last five years. Now we can rest in June‚ and call me a well-rested team like other people. So I am happy to be well rested and take six weeks off.”

Between now and late next month the Brazilians have two preliminary matches against Vegetarianos (whose name is translated as Vegetarian Lions)‚ and league games SuperSport United and Baroka FC in the league.

If they go past Vegetarianos‚ there will be two more matches in the Champions League second round added to their programme next month.