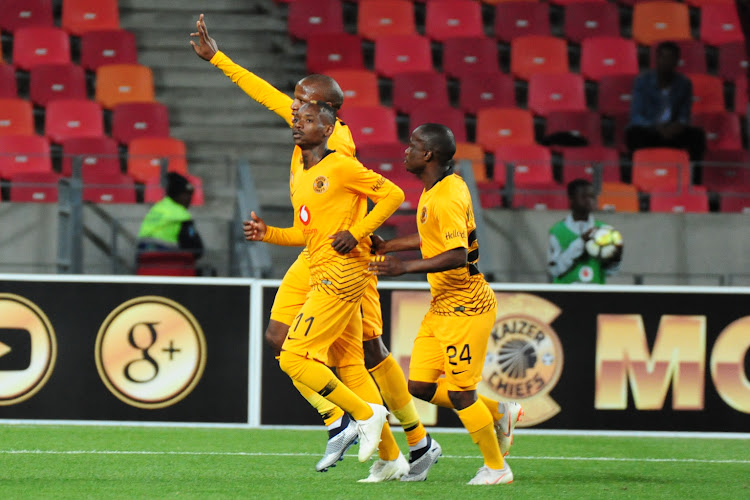 Chiefs made heavy weather of the game in the first half especially as they led only 1-0 at the break against a hopelessly outgunned opponent, but their superior fitness and skill took its toll in the second period.

Kabelo Mahlasela also scored his first goal for Chiefs to add to the tally, while for Zimbabwean ace Billiat it was a first hat-trick since arriving in South Africa in 2010.

With the tie in the bag, Chiefs can afford to rest players for the second leg in Zanzibar on Tuesday as they now turn their attention to an equally crucial Absa Premiership league clash with Lamontville Golden Arrows at the weekend.

Advisory board says Fifa should pressure Iran to lift the ban on women attending matches in stadiums.
News
3 years ago

Mahlasela was also given a run along with a second start for Madagascan playmaker Dax, though he lasted until just after halftime and looked largely anonymous.

Chiefs were ahead inside seven minutes following a superb 25-yard free-kick from Billiat that arrowed into the bottom corner, the club's leading scorer showing great technique to bury his effort.

Some neat play around the Zimamoto box from the lively Mahlasela saw Billiat cross for Leonardo Castro, but the Colombian forward put his header over the bar.

Chiefs were denied a second in controversial circumstances when Castro slipped the ball past Zimamoto goalkeeper Anissor Salim.

Mamelodi Sundowns’ attacking ace midfielder Sibusiso Vilakazi says he expects to be back in training “by next month” as he continues his recovery ...
Sport
3 years ago

It appeared to cross the line before being cleared and from the follow-up Billiat turned the ball home in any event.

But the referee disallowed the goal claiming a foul on the keeper, when it was the momentum of Salim that clattered into Colombian forward Castro.

It looked a poor call as Chiefs essentially scored twice in one move but were denied by the goalkeeper lying prostrate on the ground.

Castro should have added a second though when he got on the end of Lebo Manyama’s free-kick, but put his header from six-yards over the bar.

Manyama saw a direct free-kick float just over the bar 15 minutes after the break as Chiefs battled to create clear-cut openings, but they did double their advantage shortly afterwards.

Dan Malesela has shut the book on Chippa United‚ and in the interests of finding closure does not want to even talk about his previous club any more.
Sport
3 years ago

Billiat drilled his shot low into the bottom corner from the edge of the box as the ball sped up off the wet surface, though keeper Salim reacted very late to the danger.

It was 3-0 on 68 minutes and this time there was nothing the keeper could do about it.

Zimamoto were by now running out of stamina for the fight and referee Shifeleni Nehemia from Namibia had no hesitation in pointing to the spot when Hadebe was hauled down in the box and Billiat converted the penalty for his ninth goal of the season to secure what was, in the end, a comprehensive win.