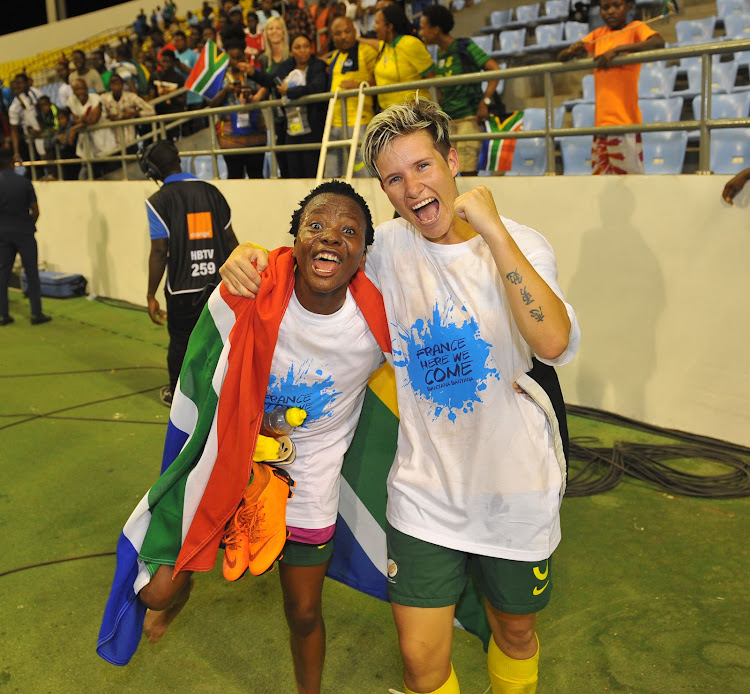 Banyana Banyana coach Desiree Ellis has hailed a true team effort as the country celebrates a first-ever qualification for the Fifa Women’s World Cup following their semifinal victory over Mali in the African Women’s Championship on Tuesday.

Banyana triumphed 2-0 to advance to a final meeting with Nigeria on Saturday and a chance to claim a first-ever continental title‚ which would add a second dose of history to what has already been a long-awaited qualification for the global showpiece in France next year.

"Everyone was magnificent‚ the players‚ the staff‚ the technical team‚ people who don't usually get a mention.

"Each and every one has played their part‚” a beaming Ellis said.

"At the beginning of the tournament we said we needed to win the first game [against Nigeria]. 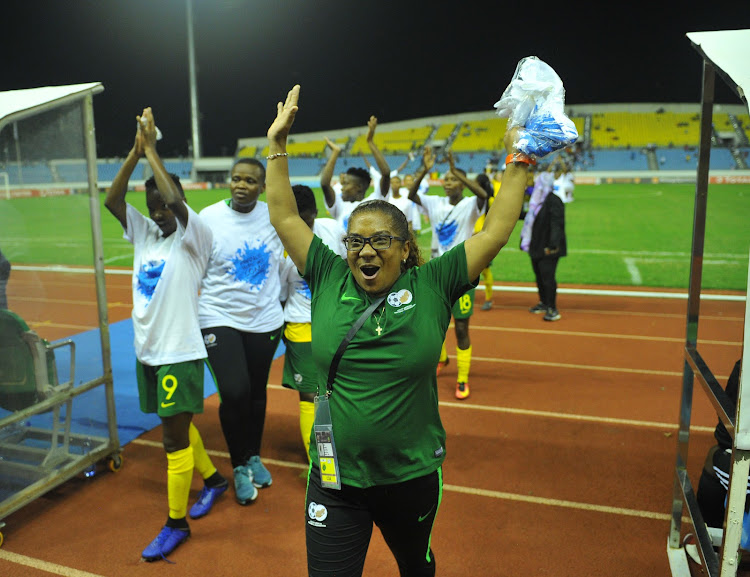 Banyana Banyana head coach Desiree Ellis leads a celebration with her players after beating Mali 2-0 to advance to the final of the Caf Women's Africa Cup of Nations against Nigeria. South Africa also qualified for the 2019 Fifa Women's World Cup.
Image: Sydney Mahlangu/BackpagePix

"We believed we could and the players were magnificent in that game. They haven't stopped being magnificent.

“They go out and do the recovery‚ come in and train‚ sit through the analysis‚ whether it is one versus one‚ group work or showing them the opposition.

“They have stuck to the game-plan and stayed true to what we do‚ which is putting the ball on the ground. It is a wonderful victory for everyone in women's football."

It is a personal triumph for Ellis‚ formerly captain of Banyana in her playing days‚ who has managed to achieve something a succession of former coaches could not.

"It's difficult to describe‚ if people could see my smile covers my whole face.

"It is a victory for the whole of South Africa‚ for the wonderful support they have given us throughout this tournament‚ the tweets and good luck messages‚” she says.

"It's for the coaches that have been here before‚ they have put a part into the team. And for players that are not here but have been part of the team through the year as well.”

South Africa congratulates Banyana Banyana as they qualify for the 2019 World Cup in France.
Sport
3 years ago

Goals from the prolific Thembi Kgatlana and right-back Lebogang Ramalepe secured the semifinal win in a match in which Banyana dominated possession and never looked unduly pressured‚ despite a few fumbles from keeper Kaylin Swart.

Ellis says the players executed the game-plan superbly and always knew that if they did so‚ Mali would be no match.

"We analysed Mali really well‚ we knew that had a couple of really good players.

"We strategised to put Bambanani [Mbane] on their striker and she was magnificent. We made sure that we were in control of the game.

"We never really looked threatened‚ on 80 minutes we felt we had this‚ we just had to stay focussed. And then Lebo came up with the goal from far‚ which she does every now and then.

Thembi Kgatlana scored her fifth goal of the tournament as Banyana Banyana sealed their place in the final of the 2018 African Women’s Championship ...
Sport
3 years ago

“I remember an Olympic qualifier against Kenya when she got the winning goal with something similar.

"We knew we were so well organised that after the first half we needed to keep playing our way as they hadn't threatened us.

"You don't want to sound arrogant‚ but we knew if we stayed on top of our game they couldn't stop us.”

Ellis admits that it is ‘job done’ after qualifying for France‚ where Bafana Bafana also made their World Cup bow in 1998‚ but the cherry on top would be a gold medal and a win against Nigeria in Saturday’s final.

"Our name is on the list of teams to go to France and that was our ultimate goal‚ to make that list and then we worry about the rest. We have achieved what we wanted to achieve.

"Physically the body [is tired] ... but mentally the team can still raise their levels‚ they have shown that. Nigeria have got better as the tournament has gone on. If we want to be champions we will have to raise our levels even more.

"Having qualified for the World Cup they [the players] will really be motivated. Making history twice in one tournament will be great for this group of players. We will prepare really well.”