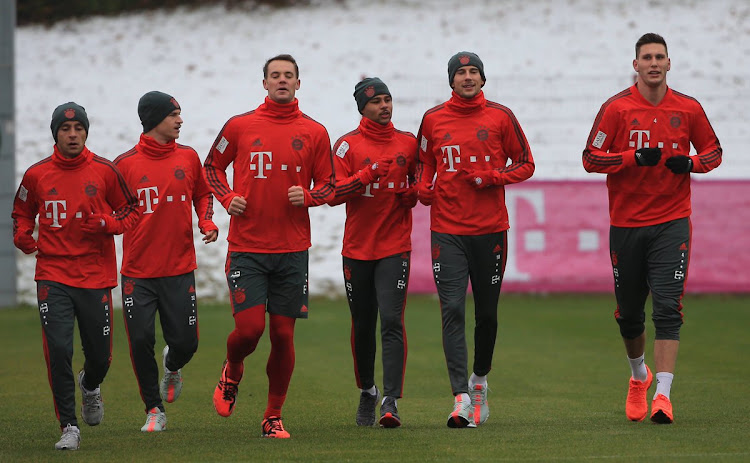 Bayern Munich's slump in form has opened up a Pandora's box at the German champions this season, with players turning against coach Niko Kovac, a team mole leaking stories to the media and club bosses struggling to contain the escalating crisis.

The Bavarians, who have won the last six Bundesliga titles, have slipped to fifth in the standings this season after failing to win any of their last three league matches.

Their once dominant attacking style has been replaced with a timid, inaccurate passing game that appears to be regularly accompanied by poorly thought out tactics.

Leaders and usual rivals Borussia Dortmund have already forged nine points ahead of them with Bayern's hopes of securing a seventh consecutive title fading with each passing week.

Kovac, who took over this season, knows their 5-1 win over Benfica in the Uefa Champions League on Tuesday that carried them through to the knockout stage, was merely a temporary reprieve and a slip-up at Werder Bremen would likely cost him his job.

His team twice squandered a two-goal lead at home against promoted Fortuna Duesseldorf last week, the 3-3 draw prompting a reported meeting between club president Uli Hoeness and several players seen as not backing their manager.

"The talk was about four who are allegedly against me," Kovac told reporters after the Benfica win. "But there was no talk at all about those who are on my side. It is clear there are many of them in the team."

Kovac has blamed a lack of focus in games against sides considered as weak domestic opponents for the growing gap to Dortmund in the standings.

"It sounds strange but when we play in the Champions League or the Bundesliga against the big teams, then I can see that we are capable," the Croat said.

"But against the seemingly smaller teams, we think maybe we can do it with half the strength. These are the points we are missing now."

Orlando Pirates' return to the Caf Champions League after a five-year absence was ultimately convincing enough as they clinically trounced of Light ...
Sport
3 years ago

The problem, however, is more than just one confined to the pitch, with sports director Hasan Salihamidzic vowing to expose the mole, whose details of an uneasy dressing room atmosphere has provided compelling headlines but angered club bosses.

"There are some people who are well-connected with some others," Salihamidzic said when asked about the informant. "But we will deal with that. You can imagine what it would mean if I caught him."

Dortmund, who also advanced to the Champions League knockout stage with a 0-0 draw against Club Bruges on Wednesday, will hope to continue their strong start at home to Freiburg on Saturday. (Reporting by Karolos Grohmann; Editing by John O'Brien)