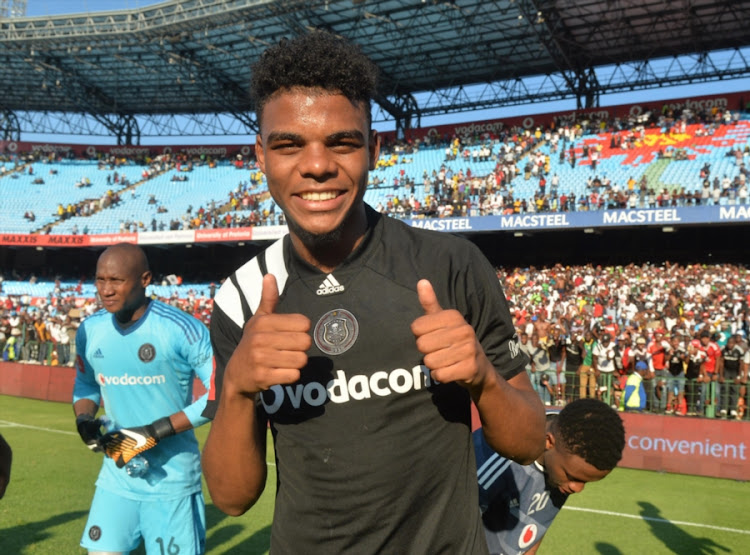 AS Monaco-bound teenage striker Lyle Foster has already watched a Ligue 1 match inside the lively Stade Louis II in Fontvieille in the south of France recently and admitted that the experience did wet his appetite.

The Orlando Pirates striker from Noordgesig in Soweto has signed a five-year contract with the former Ligue 1 champions and will join the Thierry Henry-coached club in January next year.

Foster’s eyes lit up when he was asked about the possibility of being coached by the Arsenal and France legend Henry.

Mamelodi Sundowns’ attacking ace midfielder Sibusiso Vilakazi says he expects to be back in training “by next month” as he continues his recovery ...
Sport
3 years ago

“I think anyone or any player will be looking forward to working with him. He was a top striker and now he is a top coach.

“I can’t wait to learn a lot from him‚” said Foster.

Henry was handed his first coaching job at former club Monaco at the beginning of October.

The Frenchman has had a mixed bag of results as head coach and it remains to be seen if the 1998 World Cup winner will still be at the helm when Foster arrives in January.

The 18-year-old striker‚ however‚ is shy to talk about his move to the 2004 Uefa Champions League losing semifinalists.

“I’m still an Orlando Pirates player at the moment and ja it’s God’s will and I just have to follow through with it.

“Like I said I just went over there to train with them and I thank Orlando Pirates for sending me there.

“My head is still at Orlando Pirates and I don’t want to think about that too much because we still have a long season ahead of us‚” said the SA Under-20 leading striker.

Foster was invited to go and train with Monaco a couple of months ago and it was during that time that he got to watch a Ligue 1 match live in the Principality Stadium.

Foster revealed that he got a precious gift from his compatriot Lebo Mothiba during a league game between Monaco and Lille before the latter switched to Racing Starsbourg.

WATCH | Orlando Pirates Monaco-bound teenage striker Lyle Foster says he attended a Ligue1 match between Monaco and LILLE recently and Lebo Mothiba gave him his jersey after the match. Foster was speaking to us at the launch of the #DiscoveryWalterSisuluSoccerChallenge in Sandton pic.twitter.com/PGrzrDW1BE

“I watched one game between Monaco and Lille and I got Lebo Mothiba’s jersey which was really nice.

Foster will have compatriots Mothiba‚ Bongani Zungu of Amiens‚ Montpellier’s Keagan Dolly and Lebogang Phiri of EA Guingamp to help him adjust European way of playing and the French culture.