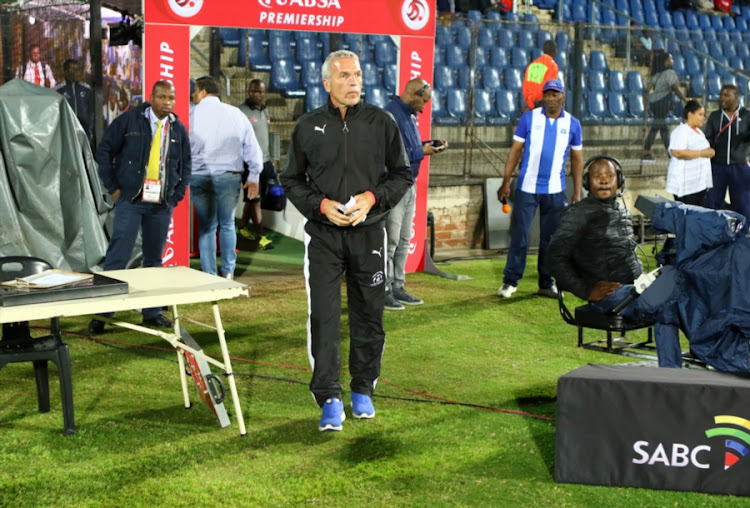 Kaizer Chiefs, just hours after announcing the firing of head coach Giovanni Solinas on Friday, made another shock announcement with the appointment of Ernst Middendorp to the position.

Kaizer Chiefs can confirm the appointment of Ernst Middendorp as the new head coach on a deal for two and a half years.

He returns to the Premier Soccer League having worked as technical director from 2017 for Bangkok United in Thailand.

Middendorp's appointment, like that of Solinas in mid-July, will raise eyebrows. He has had a chequered career.

Middendorp spectacularly led Maritzburg from an almost impossible situation to being saved from relegation on the final day of the 2015-16 season.

He is credited by current Maritzburg coach Fadlu Davids - Middendorp's protege and assistant at Celtic and United - with having laid the foundations for the club's best season in 2017-18, finishing fourth under Davids and losing 1-0 against Free State Stars in the Nedbank Cup final.

Players who serve under Middendorp praise him for his technical astuteness and in-depth knowledge of all players in the PSL.

However, the coach's fiery, many would say erratic, personality, and run-ins with administrators, match officials and sometimes his own players have often been his downfall at clubs.

Within an hour of Kaizer Chiefs sensationally announcing they had “parted ways” with coach Giovanni Solinas‚ social media was on fire with the news.
Sport
3 years ago

Kaizer Chiefs have dismissed both their head coach Giovanni Solinas and his assistant Patrick Mabedi following a string of poor results in 2018-2019 ...
Sport
3 years ago