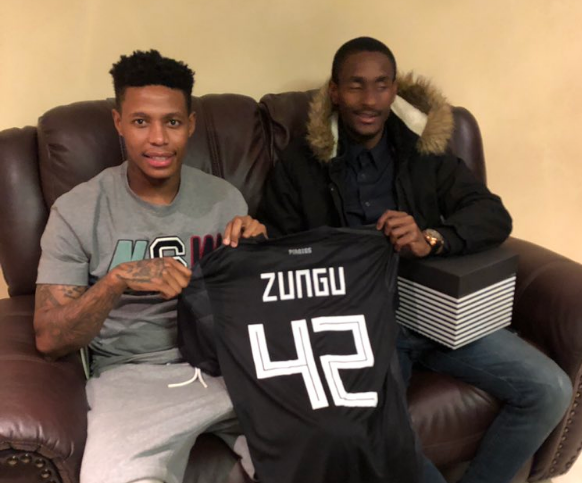 Bongani Zungu has begun light training as he works his way back from a serious knee injury‚ with the hope that he will be back kicking a ball early in the New Year.

The Bafana Bafana international midfielder has been on the sidelines since the start of September when he was injured playing for his French Ligue 1 side Amiens in a 0-0 draw with St Etienne‚ a blow for both club and country.

But Zungu has now tweeted a picture of himself running on the training pitch as he expresses his delight at being out of the gym and back on the grass after months of frustration.

Good to be back in the pitch.
Getting stronger each day.
God is great 🙏🙆‍♂️@konatemoussap pic.twitter.com/HqAsfuNYdw

Bafana coach Stuart Baxter will hope he can get fit and find form in the weeks leading up to the crucial 2019 Africa Cup of Nations (Afcon) qualifier against Libya in late March‚ where Zungu’s experience in the defensive midfielder role could be invaluable.

Zungu’s obvious delight was matched by his good friend Rulani Mokwena‚ as the Orlando Pirates assistant coach responded with “Greatness awaits you”.

Very proud of you. 👏🏻👏🏻. Keep looking after yourself and making sure your lifestyle is good. Greatness awaits you 👊🏼 https://t.co/M7Vi9FSwsB

The pair were involved in a Twitter storm last month when Zungu appeared to suggest that Mokwena was the mastermind of Mamelodi Sundowns’ recent success and the turnaround in fortunes of Orlando Pirates.

That drew sharp criticism from many who felt he was being disrespectful to Sundowns coach Pitso Mosimane and Micho Sredojevic of Pirates‚ something Zungu later strenuously denied.

Zungu has also been using his time on the sidelines to get engaged to long-term girlfriend Khanyi Cele‚ who he proposed to in front of the Eiffel Tower in Paris last month.