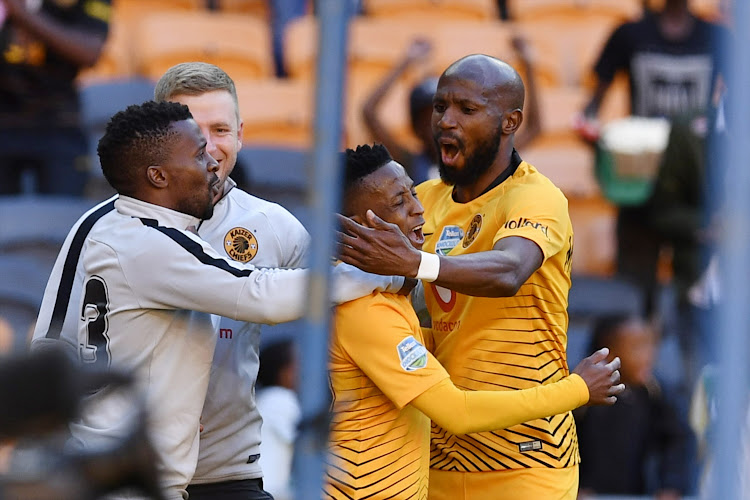 Substitutes Pule Ekstein scored twice as Kaizer Chiefs claimed a 3-0 victory over Madagascan side ASSM Elgeco Plus to advance past the second round of the Caf Confederation Cup on Saturday.

Chiefs claimed a third win in succession under new coach Ernst Middendorp and take the tie 6-0 on aggregate as they move a step closer to the group stages.

Chiefs now enter the play-off round in the Confederation Cup where the 16 teams that lose out in the second round of the Champions League drop into the second-tier African competition.

Those matches will be played in mid-January, with the draw to take place on December 28.

New Kaizer Chiefs boss Ernst Middendorp says he is yet to unleash Lebogang Manyama and wants to tweak Willard Katsande to contribute to both defence ...
Sport
3 years ago

Middendorp again started with Colombian striker Leonardo Castro up front and Lebo Manyama as a playmaker, with Philani Zulu and Siphosakhe Ntiya-Ntiya in more advanced roles.

The action at the start of the game was fierce with the hosts flying into tackles and causing injury to Dumisani Zuma that required medical attention, but chances were few and far between at both ends.

Cardoso had to be smart to clear while Elgeco Plus also had a strong penalty claim turned down as the hosts had the better of the opening half.

It took until the hour-mark for Chiefs to have a first real shot at goal as Ekstein created an opportunity for Willard Katsande, but the midfielder fired over the crossbar.

Bidvest Wits took outright lead of the Absa Premiership going into the Christmas break with a 2-0 win over visiting Chippa United at Bidvest Stadium ...
Sport
3 years ago

And 10 minutes later Chiefs had the lead as another substitute, Bernard Parker, created an opening for Ekstein to score his second goal of the season.

It was more good work from Parker, who has proven influential so far in this year’s Confederation Cup campaign.

Chiefs’ third substitute, Ryan Moon, added the second on 82 minutes when he returned from a fractured cheek bone to come off the bench and score with a header, his first goal since February.

The cherry on top came with a third goal scored by Ekstein, who provided a neat finish to make the scoreline even more emphatic.