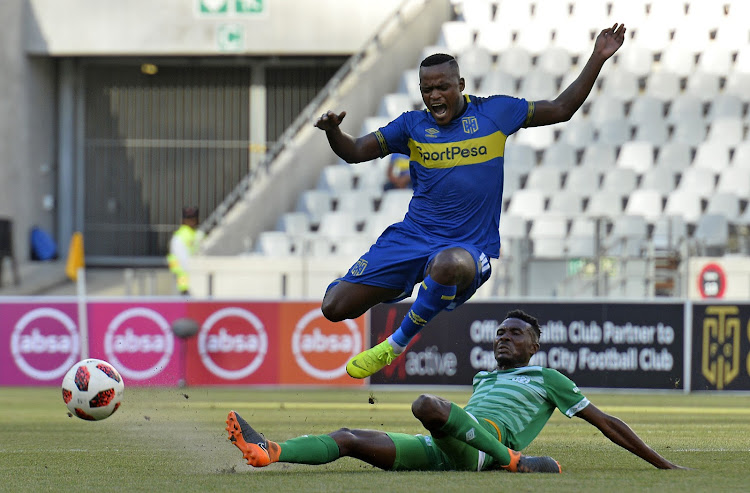 Surprise Ralani engineered a remarkable second half comeback for Cape Town City with two goals in the space of as many minutes as the home team turned a 0-2 halftime deficit into a 3-2 victory at the Cape Town Stadium on Saturday night.

They were the first league goals for the club for Ralani this season and vital ones at that as City moved back into the top eight with a showing of much character.

Ndumiso Mabena and Given Mashinkiya had the visitors in a surprise half-time lead but Siphelele Mthembu pulled one back in the 59th minute.

Ralani then showed his pace down the left flank with two superb finishes from tight angles to turn the game on its head and give City an early Christmas gift.

Zambian striker Justin Shonga scored to oddest of goals to send Orlando Pirates to the money-spinning group phase of the CAF Champions League after ...
Sport
3 years ago

A bad mistake by goalkeeper Peter Leeuwenburg after only five minutes had Celtic hoping to halt a run of three successive defeats.

Leeuwenburg tried to dribble his way out of trouble after a heavy first touch to a back pass and got caught first by pressure from Menzi Masuku and a tackle from Mabena, who snapped up the loose ball and did not hesitate to put it into an empty net.

It was a horror error that immediately put City on the back foot and 13 minutes later they were 2-0 down after Mashikinya and Mabena combined with a series of passes on the edge of the box before ex-City midfielder Mashikinya scored.

Substitutes Pule Ekstein scored twice as Kaizer Chiefs claimed a 3-0 victory over Madagascan side ASSM Elgeco Plus to advance past the second round ...
Sport
3 years ago

There were a few lucky bounces of the ball in the process but Mashikinya took his chance with aplomb with the left foot before showing appreciation of his time in Cape Town by refusing to celebrate scoring against his previous club.

As City coach Benni McCarthy could not believe his misfortune, the home side tried to rally and got a lot of crosses in from the right hand side of their attack, which they did not convert.

Birthday boy Teko Modise came close to a 36th birthday present for himself with a late run into the penalty area but his 37th minute touch over goalkeeper Kabelo Dambie found the roof of the net rather than the back of the goal.

The only surprise in this lively Caf Champions League tie was that the score only ended at 4-0 for Mamelodi Sundowns.
Sport
3 years ago

Centre back Taariq Fielies also had a chance from a corner just before the break but his header went wide of the target.

Mthembu pulled one goal back with a soft header just before the hour mark as Celtic keeper Kabelo Dambe slipped at the vital moment.

But he could do nothing about the two goals from Ralani who scored his first as he sprinted into the area and then added a similar soon thereafter for a top comeback.