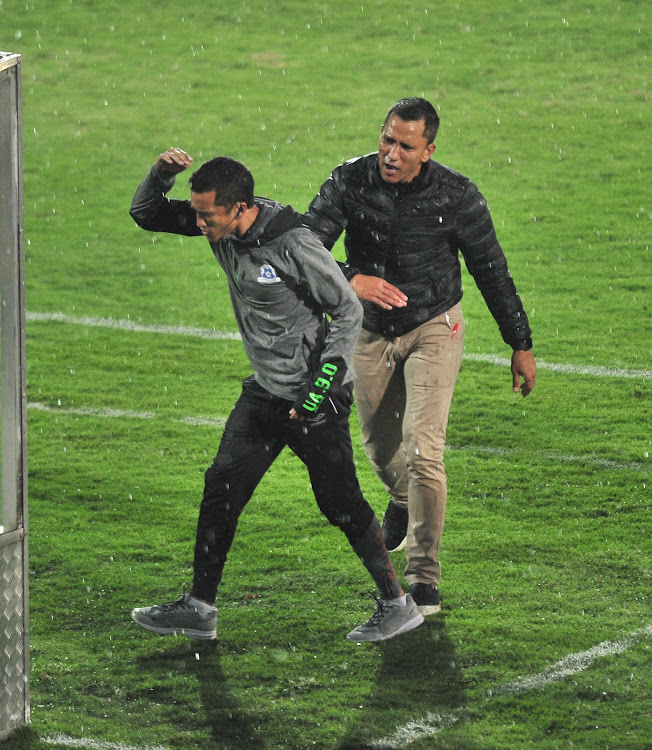 Under-fire Maritzburg United coach Fadlu Davids has not been fired but the guillotine could fall on the league’s youngest coach during a scheduled clear-the-air meeting with management on Sunday‚ the club revealed.

In a rather unusual manner for a Premier Soccer League (PSL) club and in a bid to provide clarity on the coach’s fate‚ Maritzburg issued a statement that left many bemused as it was not clear whether Sunday’s meeting was just a mere formality to fire the coach or a pledge of support to Davids.

United go in to the Christmas break rock bottom of the log with a paltry 11 points from 14 matches and Saturday’s 1-0 defeat at home against fellow relegation candidates Baroka FC looked to have sealed Davids’ fate with reports on Sunday suggesting the coach has been fired.

“Contrary to media reports‚ Coach Fadlu Davids has not been fired‚” the club said.

“In light of the club’s current situation‚ Davids will meet with Maritzburg United’s Board of Directors this afternoon.

"The club will inform the public on the way forward in due time.

“The administration remains committed to our loyal supporters and stakeholders.”

After guiding Maritzburg to the final of the Nedbank Cup where they lost to Free State Stars in May and steering the club to their highest ever position (4th) in the Absa Premiership‚ Davids’ team has had a horrible start to the new season.

Davids finds himself in this quicksand having won just once in 14 matches – drawing eight and losing five – to end a year that has swung like a pendulum for the Pitermaritzburg-based club.

In his defence‚ Davids is expected to point to a young and inexperienced squad which was not beefed up following the departures of key cogs in both midfield and at the back after Lebohang Maboe and Bevan Fransman left for Mamelodi Sundowns and Highlands Park respectively.