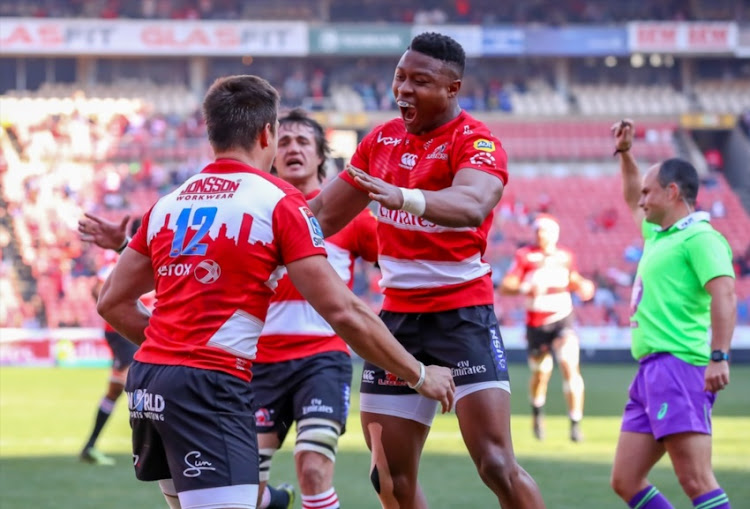 There were several rugby moments that stood out this year and below are five that we believe are the most memorable.

It wasn’t a third time lucky for the Lions as they fell in the southern hemisphere’s provincial showpiece final for a third straight year.

The Crusaders in Christchurch were just too strong against a Lions team that were miles ahead of the SA pack but a little below the same standards they’d set in the two previous campaigns.

The Lions lost seven pool matches on their way to the play-offs but they peaked at a crucial time, beating the Jaguares and the Waratahs before taking on the Crusaders.

New Zealand won 12 of their 14 games, secured the Rugby Championship for the fourth year in a row and Bledisloe Cup for the 16th, yet 2018 was the ...
Sport
3 years ago

4) Ireland’s win over All Blacks

The All Blacks seldom lose a Test, let alone two Tests in a single season.

It happened in 2017 when they lost to the British & Irish Lions and a dead rubber Bledisloe Cup match against the Wallabies.

But in 2018 they lost two Tests that really mattered.

First it was the Boks (see further down) and then Ireland landed a major blow to the world champions’ global supremacy with a smothering 16-9 win in Dublin.

Seldom have the All Blacks looked so incapable of breaching a defence and seldom have they been out-played and outmuscled as they were at Lansdowne Road.

It was a boost for rugby less than a year from 2019 Rugby World Cup, indicating that the tournament might not be one-way traffic.

After Fiji took a seemingly unassailable seven-point lead into the Series finale in Paris, it appeared the Blitzboks would have to settle for second.

There was a mathematical chance of winning the title for a third time, and a second in a row, but the permutations were unlikely.

Fiji needed to lose at the quarterfinal stage and SA needed to win the tournament.

Considering Fiji had won five tournaments heading into the 10th and final round, and the Blitzboks had last won in round one in Dubai, it was unlikely.

And then Fiji lost against England in the quarterfinals.

The Blitzboks, suddenly aware the dream was on, gave a nervy quarterfinal performance against minnows Spain.

They needed extra time to get the job done before beating New Zealand and England comfortably to take the Paris title and the overall Series by 182 points to Fiji’s 180.

Eben Etzebeth looks set to be at the centre of a battle between Western Province and French club Toulon after the latter announced last week that the ...
Sport
3 years ago

Sometimes sport moves off the back pages of newspapers and the final items of a new bulletin, into the lead story.

Siya Kolisi’s appointment as the first black Springbok captain was one of those times.

Kolisi’s elevation to the most scrutinised position in SA Sport came as a mild surprise for many, but coach Rassie Erasmus was adamant it was an easy choice.

With two years as Stormers captain under his belt, captaincy of the Springboks was a logical next step for the man from the Eastern Cape.

Still, in the South African context it was a seminal moment for a country where rugby, for nearly a century, was the sporting embodiment of white minority rule.

Kolisi is in every way the post-Apartheid South African success story and his Bok captaincy got off to an immaculate start with a series win over England.

The Blue Bulls have confirmed the appointment of Pote Human as head coach for their Super Rugby and Currie Cup campaigns next season.
Sport
3 years ago

1) Springboks hold on to win in Wellington

The All Blacks had not lost to one country at home for nine years.

They had lost the second Test of drawn series against the composite British & Irish Lions in 2017, but against a single nation they were unbeatable for nearly a decade at home.

And then the Boks did something magical by beating the All Blacks 36-34 in Wellington following back-to-back defeats against Argentina and Australia.

The Boks prevailed for only the fourth time in New Zealand in the professional era at the 24th time of asking.

They scored a record 36 points – more than any side in history had managed in a single game against the All Blacks in New Zealand.

They won despite conceding six tries, conceding 10 penalties to three and surviving a yellow card.

They made over 200 tackles with flank Pieter-Steph du Toit making 28 alone.

It was no wonder he was in tears at the end.

NZ threw everything at the visitors in the final five minutes and only an unflinching defensive wall stopped another amazing All Blacks comeback.