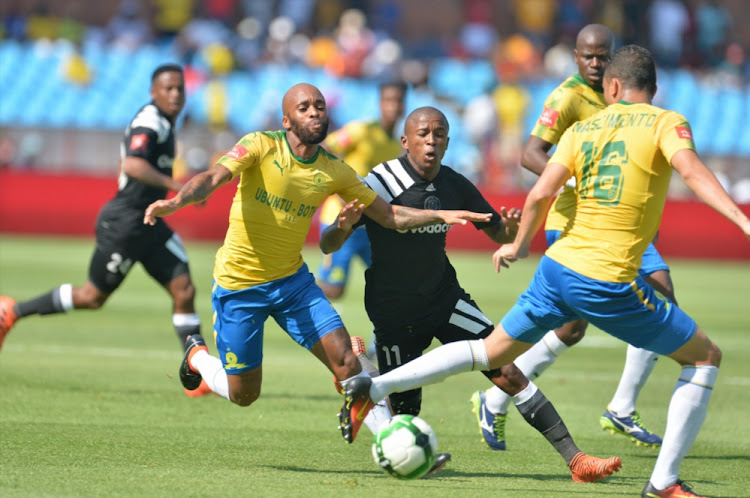 Mamelodi Sundowns and Orlando Pirates could be drawn in the same group on Friday when the Confederation of African Football (Caf) conduct the draw for the group phase of the 2018-19 Caf Champions League.

There are no restrictions in the Champions League regulations that preclude clubs from the same country being drawn in the same group and previous editions have seen Egyptian giants Al Ahli and Zamalek in the same group (with Orlando Pirates in 2013) and Tunisia’s arch rivals Esperance and Etoile Sahel.

The draw will see the 16 remaining teams divided into four groups of four with the matches beginning as early as the weekend of January 11-12.

The top two finishers after the last group game on the weekend of March 8-9 will advance to the quarter-finals with the final over two legs at the end of May and beginning of June.

The year 2018 had plenty of highlights for South African football.
Sport
3 years ago

Sundowns missed out on the Champions League quarter-finals in 2018 after finishing behind Wydad Casablanca of Morocco and Horoya of `Guinea in their group while Pirates are competing in the group phase of Champions League for the first time since they reached the 2013 final.

It is the first time there are two South African clubs in the Champions League group phase at the same time and both wait now for the seedings to be confirmed by Caf.

This will be determined by the competition’s organising committee who will meet in Cairo on the eve of the draw.

Holders Esperance‚ who got a bye straight into the group phase‚ are expected to be top seeds along with record winners Al Ahly of Egypt‚ 2017 champions Wydad of Morocco and TP Mazembe Englebert of the Democratic Republic of Congo.

The South African women’s side can point to their best ever year of international competition in 2018 as they buried some long-held demons and showed ...
Sport
3 years ago

Friday’s draw at Caf headquarters in Cairo will also include the third round of the Caf Confederation Cup where the 16 teams through meet the 16 sides who lost in the last round of the Champions League‚ including Namibia’s African Stars‚ who took Pirates close in the last round‚ and Al Ahly Benghazi of Libya who were easily dispatched by Sundowns.

Kaizer Chiefs went through after a 6-0 aggregate win over Elgeco Plus of Madagascar and they will meet one of the 16 Champions League losers.

Competition rules dictate that the Champions League losers host the first leg‚ which means that Chiefs are guaranteed a home match in the second leg on Sunday‚ January 20.

A draw for the group stage of the Confederation Cup is to be made in Cairo on January 21.