Pirates fight back for draw in four-goal thriller at Highlands 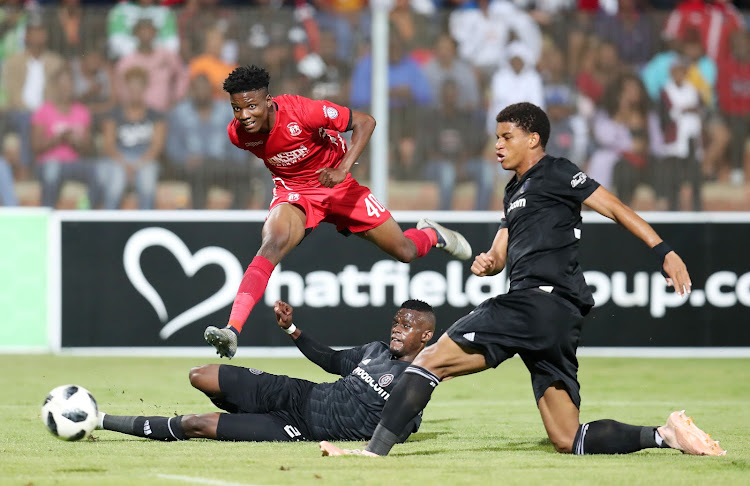 Needing a win to keep breathing distance with leaders Bidvest Wits, Orlando Pirates strayed into a Highlands Park red ant army on the war path in Tembisa, Bucs rescuing a thrilling 2-2 Absa Premiership draw on their return from the Christmas break.

The second half was nothing short of spectacular. Sphiwe Mahlangu put Highlands ahead in the 58th, Thembinkosi Lorch equalised in 60th, then Peter Shalulile had Park in front again in 65th.

After Wits' 2-1 away victory against Free State Stars, Pirates needed a win to remain within three points of the leaders.

Promoted Highlands, in a more than creditable eighth place coming into the game, have given many teams hell at their compact, noisy home Makhulong Stadium.

So it was no wonder Buccaneers coach Milutin Sredojevic had out a full-strength starting XI.

Even with that, and the suspension to star player Mothobi Mvala - their big midfielder topping the PSL scoring charts - Highlands gave hell.

The pace of PSL games can be bewildering. This one, especially its enthralling second half, was one of the fastest and most exciting this season.

After Bucs winger Vincent Pule fashioned space for a shot saved by goalkeeper Marlon Heugh, it was Highlands dishing out the first-half chances.

Former Buccaneer Tendai Ndoro could have had a second goal in five games for Highlands when he got on the end of Shalulile's cross, Siyabonga Mpontshane getting a touch to allow Innocent Maela to clear.

Pirates might have had three or four goals coming out of the change rooms blazing.

Maela's cross from the left struck the crossbar. Lorch attempted to steer a shot with the outside of his right foot, into the side-netting.

Pule was played down the right and crossed low, Shonga unable to connect in the middle.

In the 57th, Shonga, as he can, spurned a sitter. Put down the middle by Lorch, the Zambian got the touch past Heugh, but softly enough for the keeper to be able to athletically recover and dive and stop just in front of the line.

Highlands survived the onslaught, and for their persistence deserved their goal that came when Ndoro laid a pass to Mahlangu, who fired past Mphontshane from a narrow angle.

That was just the start, though, of a breathtaking seven minutes.

Almost from the restart Lorch received a return pass from Augustine Mulenga on the right, beat a defender inside and then also beat Heugh.

Five minutes later Shalulile broke onto Mahlangu's pass down the middle, rounded Mpontshane and tapped in for a 2-1 lead to Park.

They clawed onto that scoreline for 16 minutes. Mahachi, on for Shonga, latched onto an uncleared cross and sidefooted past Heugh.