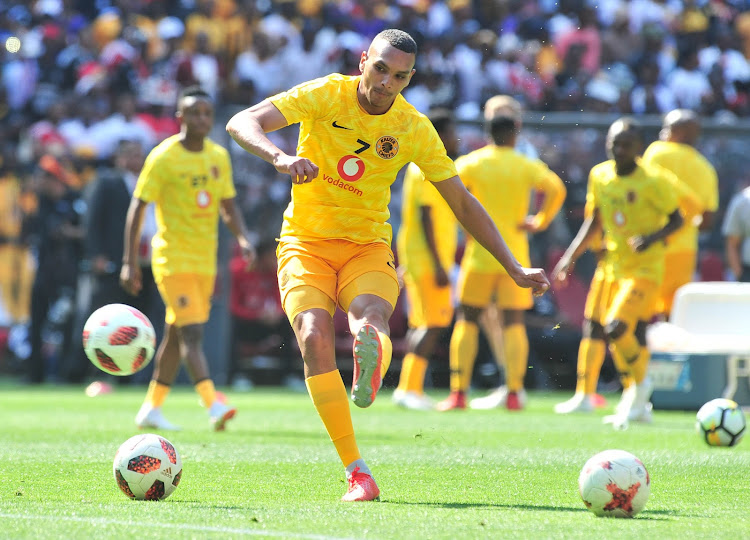 Three factors seem to stand in Ryan Moon’s favour as he aims for more game time and goals for Kaizer Chiefs in the second half of the 2018-19 season.

Moon enjoyed a purple patch in 2017-18‚ ending a breakthrough season with five goals from 18 league and cup games.

Nine domestic appearances in the first half was not bad‚ but with just one of those as a starter while Leonardo Castro has been in decent scoring form (seven goals in all competitions) at centre-forward‚ Moon has struggled for crucial rhythm.

Moon has not scored domestically this season‚ but a first goal of 2018-19 in Chiefs’ 6-0 Caf Confederation Cup aggregate win against Madagascar’s Elgecco Plus last month means Moon is finally off the mark.

Pitso Mosimane admitted he did not think Mamelodi Sundowns would win Saturday’s crunch league clash at Kaizer Chiefs as he battled to counter the ...
Sport
2 years ago

On top of that‚ the arrival of Ernst Middendorp to replace Solinas is a second potential factor in favour of Moon‚ as the two know each other from when the striker was a youth product at Maritzburg United.

“Every coach has his players he wants to play. Coach Solinas had his players‚ and that was it.

“But I mean‚ this is about me working hard‚ and waiting for my opportunity to come in and score.

“It was good to get on the scoresheet in the Confed. That’s the most important thing – when you get the opportunity‚ you take it.

“And I’ve worked with coach Ernst before – I think he’s a brilliant coach. I’m looking forward to working under him and coach Shaun [Bartlett].

“The one thing I really enjoy with coach Ernst is he gives you the opportunity no matter who you are.

“You can be a Khama Billiat‚ a Ryan Moon – whoever you are‚ if you’re putting in the extra hours and doing what he wants you to do he will give you the opportunity.”

A third factor in favour of Moon can be the arrival of Bartlett as Middendorp’s assistant.

Moon is a centre-forward in the Bartlett mould and the youngster can learn much from Bafana Bafana’s all-time second-top scorer.

“I think it’s brilliant to have coach Shaun.

"For me it’s great to be under a striker who’s been there and done it‚ and played overseas‚ including in the Premier League‚” Moon said.

Chiefs will aim to bounce back from Saturday’s unfortunate 2-1 defeat against Mamelodi Sundowns at FNB Stadium against Wits.