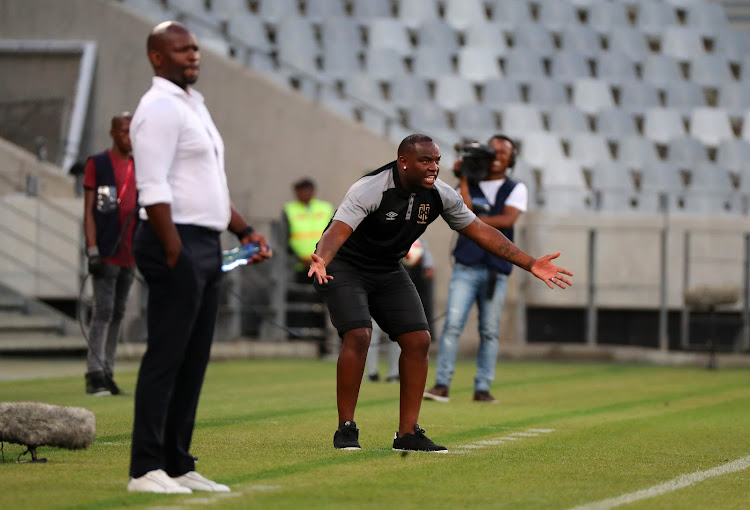 Benni McCarthy’s efforts to motivate his Cape Town City players with talk of a possible Premier Soccer League title backfired and he says he is shelving any thoughts of taking the league … for now.

McCarthy admitted that he used the prospect of City going into third place if they beat Baroka at home last Saturday as a major part of his pre-match motivational talk‚ pointing out the potential to start challenging for the top.

“Of course‚ you have to focus what is on our plate and not worry too much about other teams but this was an important occasion for us.

“We thought psychologically that would get the players up for the game against Baroka with so much potential at stake … but then‚ ja‚ I think it backfired.”

Instead of the talk spurring a rousing home win‚ City were held to a 2-2 draw‚ forced to come back to share the spoils after leading 1-0 at half-time.

A win would have put his side above Polokwane City and moved the Cape Town club to within seven points of the top of the table … with a game in hand‚ which they play in midweek against Stars‚ also at the Cape Town Stadium.

“In previous games we have started slowly and had to come from behind and this time I asked my players for a fast start and we got that‚" he said.

“I told them we were playing at home and we had to make my intentions clear. Leading at half-time my talk at the break was calm. Maybe they went to sleep after that.

“It seems we only play when I give them a bollocking at the break! All my next half-time talks will have to be shouting and screaming!”

Baroka scored twice in the first 10 minutes of the second half to take the lead before man-of-the-match Roland Putsche nabbed a late equaliser.

“It was two points dropped for us‚” added McCarthy‚ whose side stayed in seventh place after the draw with 24 points from 16 games.