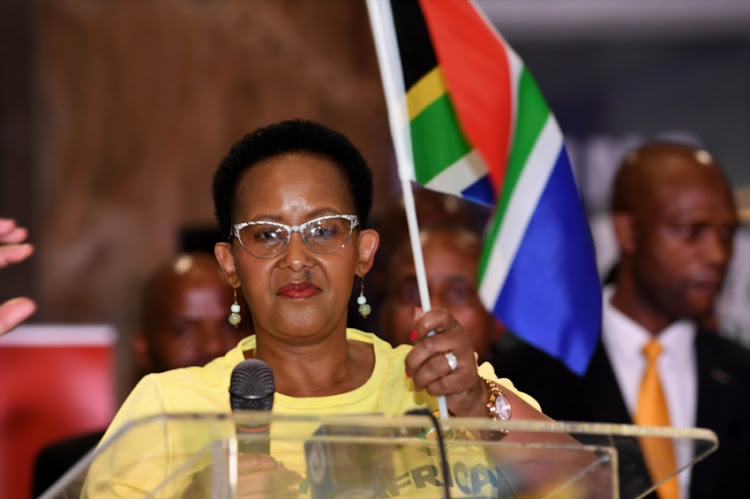 Minister of Sports and Recreation Tokozile Xasa has revealed her department will contribute R5-million over the next three years to the soon to be launched SAFA National Women’s League‚ at the same time challenging corporate South Africa to match their support.

Xasa was speaking at a breakfast she hosted for Banyana Banyana ahead of their international matches against Netherlands and Sweden in Cape Town in the coming week.

The minister says her department are determined to support women’s football in the country and build on the platform laid by the current generation of Banyana players‚ who have qualified for the FIFA Women’s World Cup in France from June 7-July 7.

“Inequality is top of the agenda of South Africans and will continued to be so‚” Xasa said.

“As a department it is important for us as Sport and Recreation to show what we are doing in order to assist in our journey to fight this inequality.

“In the next three years we are availing R5-million towards the SAFA Women’s League and we want to challenge corporate South Africa to come to the party as well. We want to produce more Golden Girls like yourselves‚” she told the team.

“We are excited that more girls are coming through and we are looking forward to more of you getting into the professional space.

“I challenge South Africans to support this league and women’s football by going to the stadium. We want more women who come to Premier Soccer League matches to come and support Banyana Banyana.”

Xasa says the ultimate goal is to have women’s footballers paid as professionals in the same way that their male counterparts in the PSL are.

“Hopefully we can turn around the mindset in terms of sponsors‚ to get to the level where you can be comfortable as you dedicate your time to play the game. You need to be rewarded for this.”

SAFA President Dr Danny Jordaan also revealed that the World Cup-bound team would play the United States in Los Angeles on May 12 and hosts France in the build-up to the global showpiece event later in the year.

“It is important because they are playing against two teams [Netherlands and Sweden] that have been to the World Cup on many occasions.

“After this we play against the United States in Los Angeles‚ a country that has won the World Cup. And then against France‚ a team that is also among the best.

“We could not have put together a better preparation for this team to go to the World Cup.”

“We have a special relationship with these countries. Sweden in particular was very prominent in the struggle against Apartheid‚” Jordaan said.