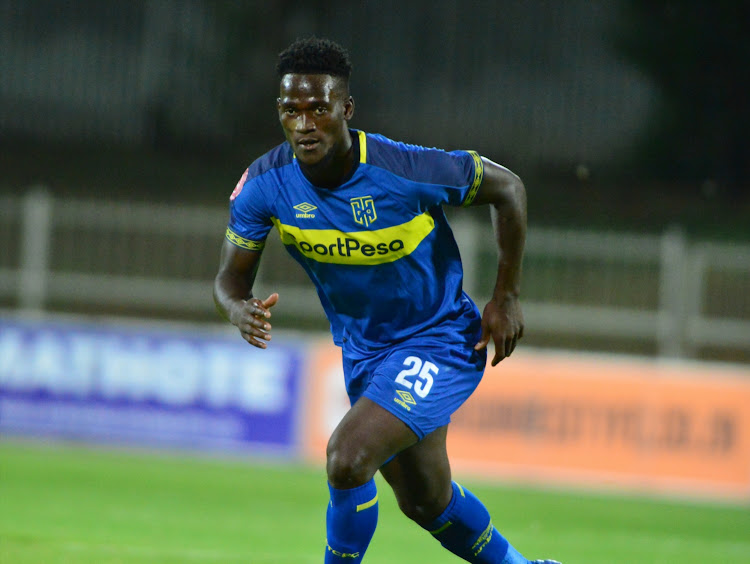 Cape Town City striker Siphelele Mthembu is enjoying the best scoring season of his career but coach Benni McCarthy says there is more to come and wants to bring out the best in the former Kaizer Chiefs and Orlando Pirates forward.

Mthembu netted his seventh goal of the campaign in the 5-0 hammering of Free State Stars on Wednesday‚ which was also his sixth strike in nine games‚ but amid the arrival of Kermit Erasmus and the return to fitness of Matthew Rusike‚ the 31-year-old is fighting for his place.

McCarthy believes that Mthembu‚ who he has the nickname “Shaka Zulu”‚ gives him a different sort of option up-front though‚ a player who can bully opposition defenders‚ if he can just bring out his aggressive side.

“Shaka has done it on his own‚ he is a player that puts in the hard work. He lives a healthy and clean life‚ he is the most disciplined player you will find in football‚” McCarthy said.

“I give him the platform‚ I tell him to go enjoy himself and play to his strengths. But I still want him to have the aggression.

“He is ‘Shaka Zulu’ – people must be scared to play against you. When you look at the history‚ when the British were here ... when you heard Shaka Zulu you fear.

“He’s got that look about him that he is a gentle giant. At home you can be a gentle giant‚ but on the pitch he must be an animal.”

McCarthy says he wants Mthembu to be more physical in his play‚ with or without the ball‚ which does not mean flying into tackles‚ but rather using his powerful frame to work his way into scoring positions.

“When he is in control of the ball he must have an aggression about him not to give it away. When a chance comes you must take it with aggression.”

Mthembu has endured something of a journeyman career to date‚ and was involved in a tug-of-war early on between Kaizer Chiefs and Orlando Pirates that was eventually won by the latter.

After a promising start with the Buccaneers he hit a patch of barren form and was loaned to Bloemfontein Celtic‚ before a spell at Lamontviile Golden Arrows.

He made a permanent switch to Platinum Stars that appeared to resurrect his career‚ and was signed by Chiefs in 2014. He scored just a single league goal‚ albeit in the Soweto derby against Pirates‚ in three seasons though and moved to Free State Stars for 2017-18.

He enjoyed his time at Stars‚ being a key player in the team that won the Nedbank Cup in May‚ but decided to move to City at the start of this season.

The decision was heavily criticiced by then-Ea Lla Koto boss Luc Eymael‚ who said he was the best coach Mthembu would ever have.

“Luc Eymael‚ he said it was his biggest mistake to leave Free State because he is the best coach Shaka will have‚” McCarthy said.

“Nah‚ here is Shaka’s best coach ever‚ I am the first coach to make him score seven goals in a season!”

City are next in action when they host SuperSport United in the Nedbank Cup on January 26.